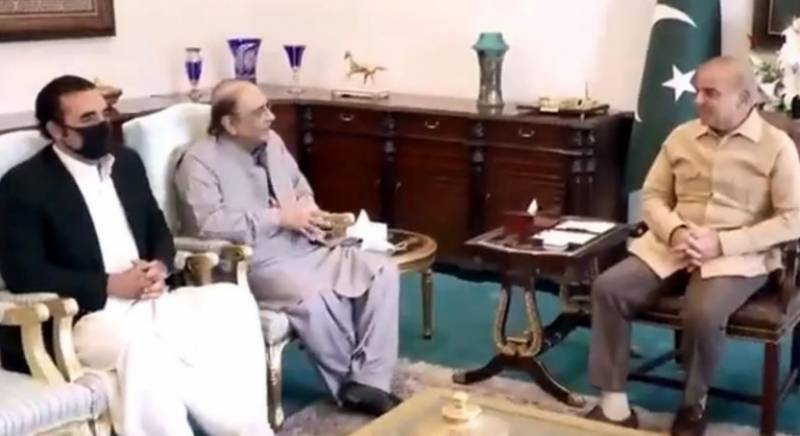 Former president Zardari and PPP Chairman Bilawal Bhutto called on the PM in Prime Minister’s House in Islamabad on Sunday and discuss the political situation.

The sources said that Asif Zardari and Bilawal Bhutto advised the PM that in the first phase, the government allies should be given the ministries.

The PPP leadership also said the PM that their party will take over the ministries in the second phase.

In response to it, PM Shehbaz told the PPP leadership that he will inform them after making consultations with his party.