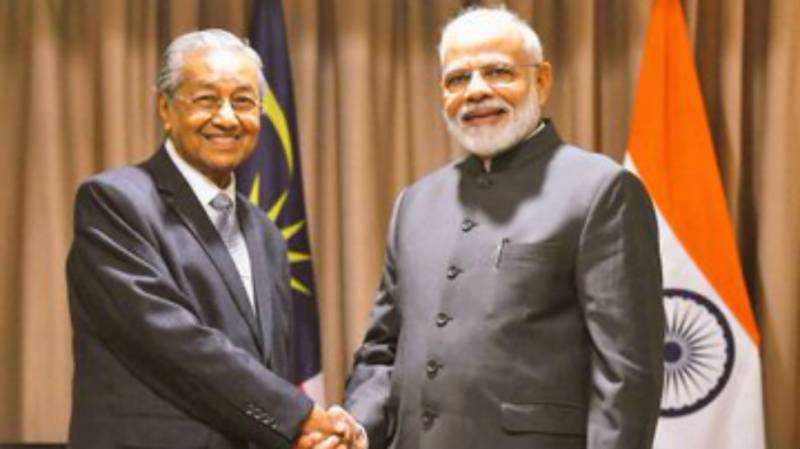 Malaysian Prime Minister Dr Mahathir Mohamad on Tuesday said that Prime Minister Narendra Modi did not raise the issue of the extradition of controversial preacher Zakir Naik during their recent meeting on the sidelines of Eastern Economic Forum (EEF) in Vladivostok, Russia.

Briefing about the meeting of the two prime ministers, Foreign Secretary Vijay Gokhale had said, "PM Modi raised the issue of Zakir Naik and both the parties decided that the officials will keep in touch regarding it and its an important issue for New Delhi."

Zakir Naik is wanted in India and is known for his hate speeches. In 2017, India had revoked his passport and declared him as an offender. He currently resides in Malaysia which has given him a Permanent Resident (PR) status.

The Malaysian prime minister said that PM Modi did not ask him to extradite the controversial Islamic televangelist despite official notice from New Delhi.