US Forces are exporting Uranium from Afghanistan
17 Oct, 2017

KABUL - The Taliban and Daesh terrorists pose a threat to Afghanistan, while the potential consolidation of the two groups might deteriorate the situation. Speaking to Sputnik, Afghan commentators voiced the pros and cons regarding the organizations teaming up and explained why the US is not interested in bringing an end to the war in Central Asia, Sputnik has reported.

Positive development for Pakistan on the Coronavirus front

The risk of a merger between Daesh (ISIS/ISIL) and the Taliban is quite real, Haji Mohammad Mehdiyar, the leader of the counterterrorism activist movement, told Sputnik Afghanistan, dubbing both groups "American marionettes."

Mehdiyar focused attention on the fact that previously the two terrorist groups had already teamed up in Afghanistan: "We have already witnessed [this] cooperation in the province of Sar-e Pol," he recalled.

At the same time, the Afghan activist raised the question as to why the US still fails to eradicate Daesh terrorists in the region.

He emphasized that the US had managed to eradicate one of the former Taliban leaders, Akhtar Mansour in Pakistan, asking what then prevents Washington from destroying Daesh in Sayyad, Khoshtipe and other Afghan regions.

"The Afghan government and the Ministry of Defense should explain why they do not conduct an air operation in the regions of the country associated with Daesh. Why cannot the 36,000-strong Afghan Army eradicate 2,000-3,000 insurgents? These suggest that the Taliban and Daesh are the US's marionettes," Mehdiyar surmised.

©
According to the Afghan activist, Washington "does not want peace in  Afghanistan." He drew attention to the 16-year-long military operation carried out by the International Security Assistance Force (ISAF) forces in the Helmand province of  Afghanistan, known as a Taliban foothold and a center of opium production. So, why hasn't the operation borne any fruit yet?

Mehdiyar explained, "In the result of the cultivation and sale of opium poppy the peasant receives about $3,000, various government structures get $5,000, and foreign forces earn $190,000," adding that other sources of income include cultural monuments, minerals and uranium, which are being smuggled out of Afghanistan.

"Under the pretext of fighting terrorists, the Americans conduct multiday operations in  Afghanistan, but in the result [of their actions], our land has been turned into a hornets' nest, while our cultural properties, mines and natural resources are being plundered," he highlighted.

The Afghan activist believes that Washington's other goal is the destabilization of neighboring countries, most notably Russia. The truth of the matter is that "Russia is the only country that resists" America's strategy for the Middle East and Central Asia, he stressed, adding that Moscow "wants peace in Syria and Afghanistan." For its part, Washington "created Daesh and the Taliban" to achieve its goals in the region, Mehdiyar insists.

He emphasized that the two groups "backed by the US" will finally merge since "they are eating from one and the same feeder." 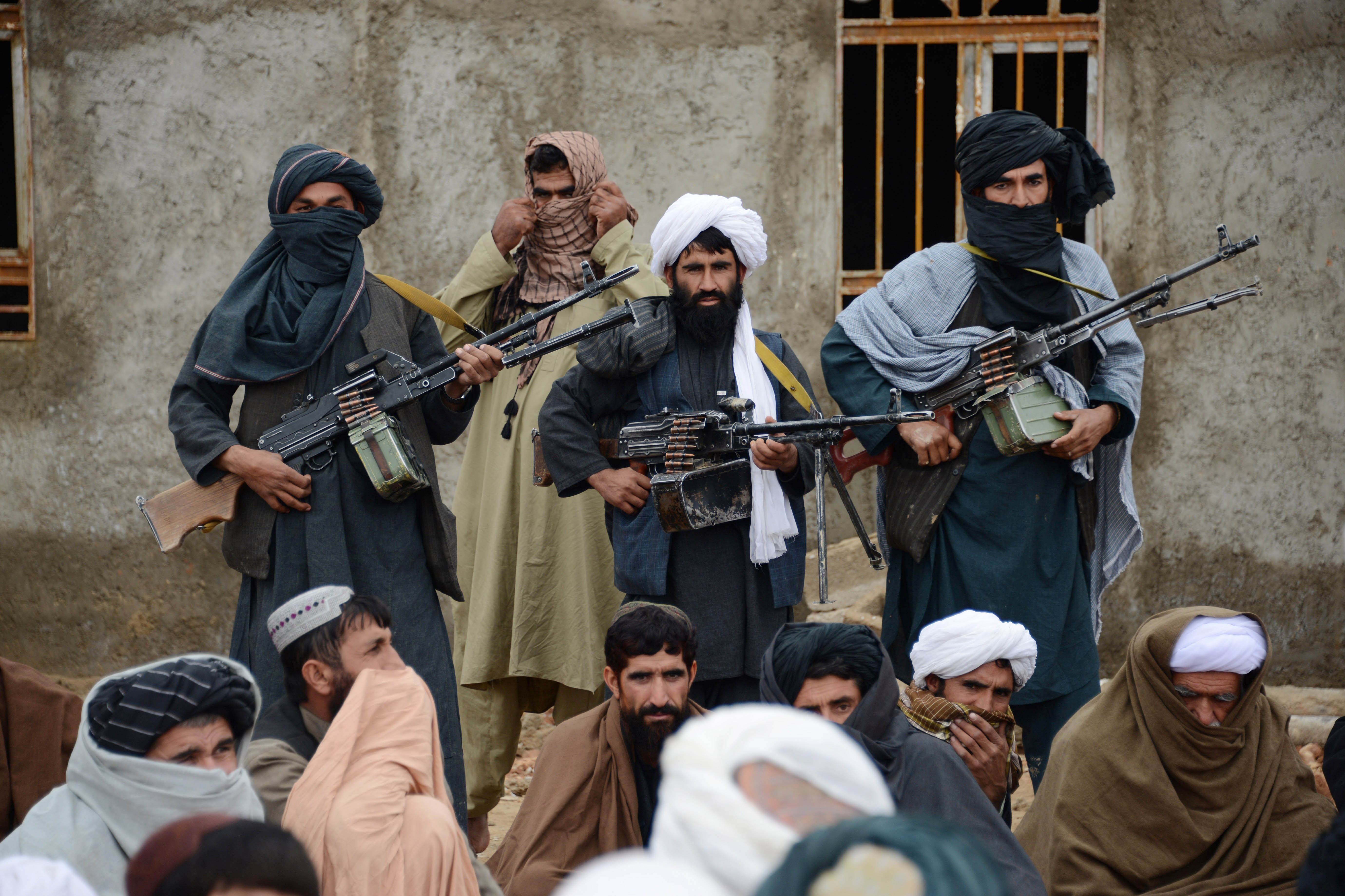 However, Afghan Defense Ministry spokesperson Doulat Vaziri threw into doubt the assumption that Daesh and the Taliban may come together in the region.

"It is difficult to imagine the merger of these two groups, because they pursue different goals," Vaziri told Sputnik, highlighting that in any event the people of  Afghanistan will fight against both terrorist organizations.

©
Vahid Mojda, a political observer and former Afghan Foreign Ministry official under the Taliban government, echoed Vaziri: "It is impossible to imagine an alliance between the Taliban and Daesh in  Afghanistan," he said.

According to Mojda, Taliban leaders view Daesh as "the American puppet," while the latter accuse the Taliban of "apostasy" because of the group's "friendship" with Qatar.

He added that the two groups continue to fight each other in the Central Asian region.

The political observer assumed that "the US created Daesh to weaken the Taliban."

"According to the US plan, Daesh must operate outside of Afghanistan," Mojda told Sputnik. "The Taliban announced that they are fighting for  Afghanistan's freedom, so they must leave the stage. Now the US creates factions that will act beyond borders, spreading fear and horror everywhere."