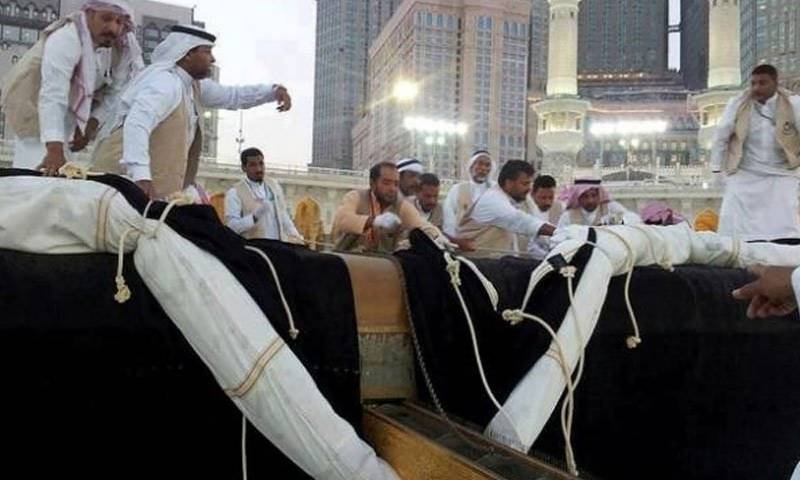 The interior walls were cleansed with a white cloth dipped in rose, `Aab-e-zam zam' and musk perfumes. Zamzam water mixed with rose perfume was splashed on the floor and was wiped with bare hands and palm leaves.

After the cleaning, the floor and the walls were dried again with white cloth and tissues. The walls were then perfumed using large quantities of oud and rose perfume.

The whole process was completed in two hours.The ceremony was attended by Imam-e-Kaaba, ambassadors of Islamic countries and other significant personalities.

Meanwhile, paramilitary forces and other security officials were present around the Kaaba.

Sheikh Saleh bin Zain-ul-Abdeen Al Shaibi informed that the interior walls of Kaaba are three meter long and the inner surface of the roof is covered with green silk. He further said that the key of Kaaba is 25cm long.

He said that Maqam-e-Ibrahim is also washed on the same day in the duration of four hours.

He said that his family is taking care of Kaaba from centuries and most of the caretakers are from his ancestors.

Khana Kaaba is given ghusal twice in a year; once in the beginning of the Islamic year and second on 1st Shaban.

The ceremonial washing of Kaaba is held following the example of Prophet Muhammad (peace be upon him), who washed it after entering the Kaaba at the time of conquest of Makkah.