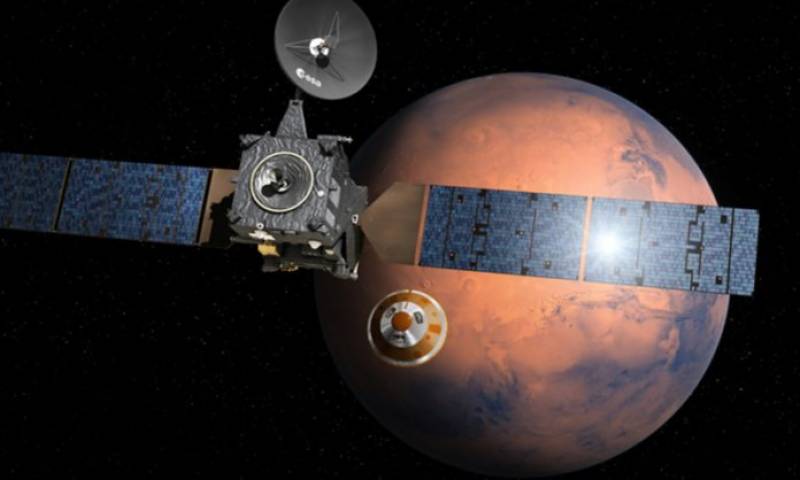 PARIS (APP) - A European lander started a three-day, million-kilometre (621,000-mile) descent to Mars on Sunday, quitting its mothership to test technology for a daring mission to scout the Red Planet for signs of life.

Europe heads for Red Planet Mars in search of life

Flight director Michel Denis confirmed the lander Schiaparelli had separated, to loud applause at mission control in Darmstadt, Germany some 175 million kilometres (109 miles) from where the manoeuvre was executed.

Confirmation of the milestone separation was webcast live.

Thirteen years after its first, failed, attempt to place a rover on Mars, the high-stakes test is a key element in Europe's latest bid to reach our neighbouring planet's hostile surface, this time working with Russia.

As planned, the 600-kilogramme (1,300-pound), paddling pool-sized lander separated from an unmanned craft called the Trace Gas Orbiter (TGO) after a seven-month, 496-million-km trek from Earth.

Schiaparelli's main goal is to test entry and landing gear and technology for a subsequent rover which will mark the second phase and highlight of the ExoMars mission.

After a two-year funding delay, the rover is due for launch in 2020, arriving about six months later to explore the Red Planet and drill into it, in search of extraterrestrial life -- past or present.

While any life is unlikely to be found on the barren, radiation-blasted surface, scientists say traces of methane in Mars' thin atmosphere may indicate something living underground -- likely to be single-celled microbes, if that is the case.

New earth like planet to be unveiled by scientists

Mars has become a graveyard for many a mission seeking to probe a planet that has captured the human imagination for millennia.

Since the 1960s, more than half of US, Russian and European attempts to land and operate craft on the Martian surface have failed.