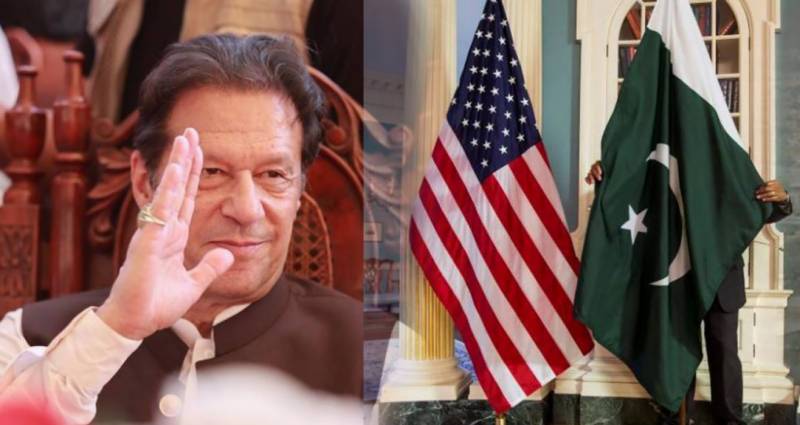 WASHINGTON – US state department has responded to the former Pakistani premier’s new narrative as he no longer blamed the Biden administration for his removal.

In a press briefing, US State Department principal deputy spokesperson Vedant Patel responded to the PTI chief’s rebuttal of the foreign conspiracy narrative.

When asked that Pakistani leader backed out of his allegations about the US administration for removing him from power, Mr. Patel said that ‘as we’ve previously said there has never been a truth to these allegations’.

We do not have a position on one political candidate of a party versus another, he mentioned, saying that the US supports peaceful upholding of democratic, constitutional, and legal principles.

US state department responded to development days after Imran Khan signaled mending ties with Washington through cooperation in the future.

Khan made statements in an interview with *Financial Times*. Sharing his fresh thoughts about the alleged conspiracy, the PTI chief said that “As far as I’m concerned it’s over, it’s behind me”.

He said the Pakistan I want to lead must have good ties with all countries, especially the US, while he lamented past relationships between the two sides.

Khan alleged Washington of having a master-slave relationship with the South Asian nations, saying Pakistani leaders were used like a hired gun but clarified that he blame his own government more than the foreign powers.

The defiant politician continued saying that snap polls were the only way to end the political quagmire however he did not mention plans for the coming days as the cash-strapped country facing the worst economic crisis in recent years.