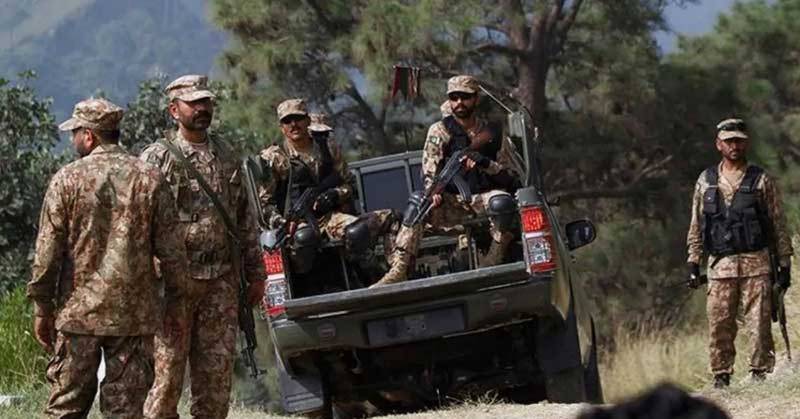 RAWALPINDI – Two Pakistan Army soldiers were martyred in the Hilal Khel area of Khyber Pakhtunkhwa’s Bajaur district on Wednesday during a gunfight with terrorists, said ISPR.

According to a press release issued by the military’s media wing, the martyrs identified as 33-year-old Naik Taj Muhammad from Kohat and 30-year-old Lance Naik Imtiaz Khan from Malakand.

“On the night of Nov 15 and Nov 16, fire exchange took place between security forces and terrorists in the general areas of Hilal Khel, Bajaur district,” the ISPR said.

“During the intense exchange of fire one terrorist got killed. Weapons and ammunition were also recovered from the killed terrorist,” it said, adding that he had remained actively involved in terrorist activities against security forces.

Sanitisation of the area is being carried out to eliminate any terrorists found in the area, the ISPR added.