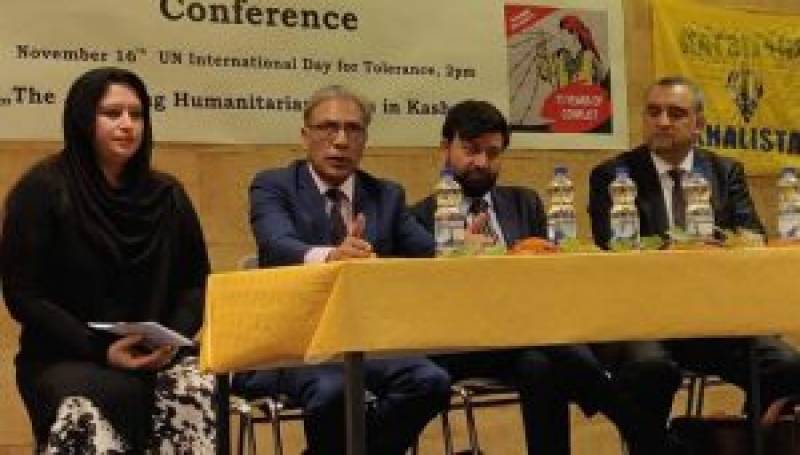 LONDON - Former British ambassador to the UN, Sir Mark Lyall Grant, in an article published in US magazine, Forbes, warned of a real risk of an all-out war between Pakistan and India over Jammu and Kashmir.

He urged the international community to help resolve the dispute or else pay a big price in the future. He said the war over Kashmir could cost the UK alone up to 20 billion pounds.

On the other hand in view of the ongoing military lockdown and communications blackout, occupied Jammu and Kashmir continues to remain cut off from the rest of the world on 105th consecutive, day, today.

According to Kashmir Media Service, there is a shortage of food and medicines, while heavy snowfall has multiplied the miseries of the hapless Kashmiri people.

They have been deprived of basic and fundamental rights such as right to life, right to education and healthcare and right to practice their religion. Internet and prepaid mobile services also continue to remain suspended in the Kashmir valley.

Kashmiri and German human rights activists have called upon the world not to ignore the abuses committed by the Indian forces in occupied Kashmir.

While addressing a seminar on ‘The Alarming Humanitarian Crisis in Kashmir’ held in the German city of Stuttgart, the activists said that the occupied territory had been converted into a cage of humanity.

A protest demonstration organized by the Hurriyat organizations was held in Islamabad to condemn the ongoing Indian military lockdown in occupied Kashmir.

The protest was held outside National Press Club, Islamabad. The speakers on the occasion said that the occupied territory has been cut off from rest of the world as there is no prepaid and internet service in Kashmir.