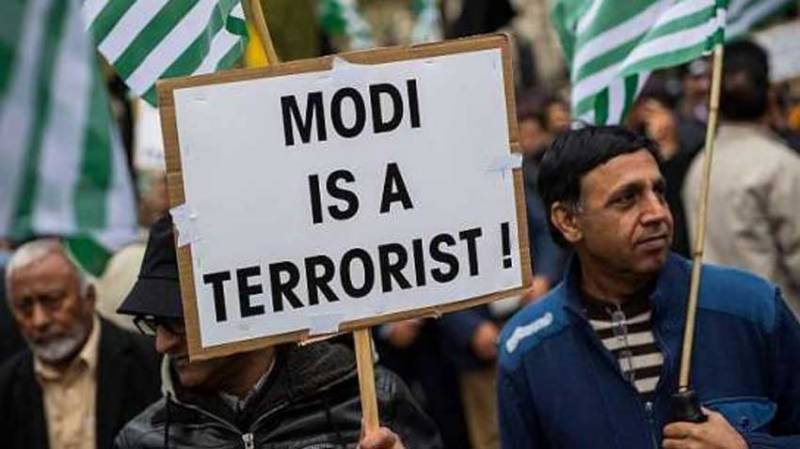 In London, British Pakistanis and Kashmiris staged a big demonstration outside Indian High Commission to protest   the brutalities and killings of innocent Kashmiri people by the Indian occupation forces in Occupied Jammu and Kashmir.

The participants called upon the international community and the United Nations Security Council to take notice of gross human rights violations and brutalities perpetrated by the Indian occupation forces against innocent people, including women and children in occupied Kashmir.

On the occasion, Opposition Leader in the AJK Assembly Chaudhry Muhammad Yasin thanked the British Pakistani and Kashmiri diaspora for organizing the rally and raise voice for solution of the Kashmir dispute in line with the UN Security Council resolutions and aspirations of the Kashmiri people.