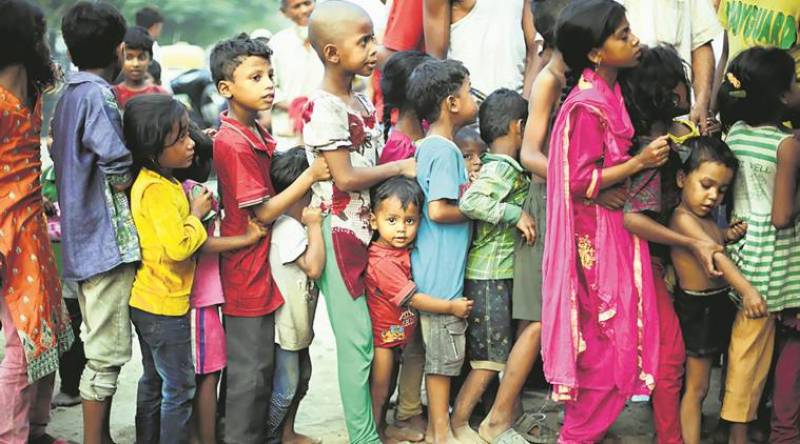 NEW DELHI- The Indian Rashtriya Swayamsevak Sangh (RSS) on Saturday supported the demand for deportation of illegal migrants from Myanmar and Bangladesh, saying their presence in Jammu and Kashmir posed a security threat to the country. “We do not consider them (Rohingyas and Bangladeshis) as refugees as they are foreigners and have entered in our country illegally,” RSS Prant Sanghchalk, Brig (Retd) Suchait Singh told reporters here.

Singh, who was flanked by Prant Kariwah Parshotam Dadichi, said the state and the central governments should identify the illegally settled foreigners and sent them back. “Why should we tolerate them when they pose a security threat to the nation as well as the state,” he said.

Criticising the previous UPA government at the Centre and National Conference-Congress coalition government in the state for allowing them to settle down in Jammu, he said “they are totally responsible for the present situation(agitation over the deportation of Rohingyas and Bangladeshis in Jammu). ADVERTISEMENT

“What is their motive behind settling them in Jammu is best known to them … We see their presence as a threat and want their early eviction,” the former Army officer said. Dadichi said there are about 300 shakhas in the state and “we are waiting for the day when the shakhas are opened in Kashmir valley as well”.

“We are waiting for the day when the people in the valley will come forward and reach us to open our units. We are sure that day is not far,” he said, adding “we want peace to return to the valley as soon as possible”.

Dadichi said RSS does not believe in “propaganda” of its activities. “We are already working in Kashmir with like-minded people but there are no shakhas as yet.” Singh said national building work was being carried out through 277 shakhas, mostly in Jammu region. “We have Shakhas in Ladakh as well and this year so far 666 youths have joined the organisation,” he said. The state in-charge of RSS said 723 activists received training in Sangh Shikhshan vergs (camps).

Referring to the three-day Akhil Bharatiya Pratinidhi Sabha (ABPS) at Nagpur, he said 18 RSS workers from Jammu and Kashmir attended the meet from March 9. The meet unanimously passed a resolution to highlight the need to protect and promote Indian languages, he said, urging the state government, policy makers, NGOs and individuals to protect and promote local languages.