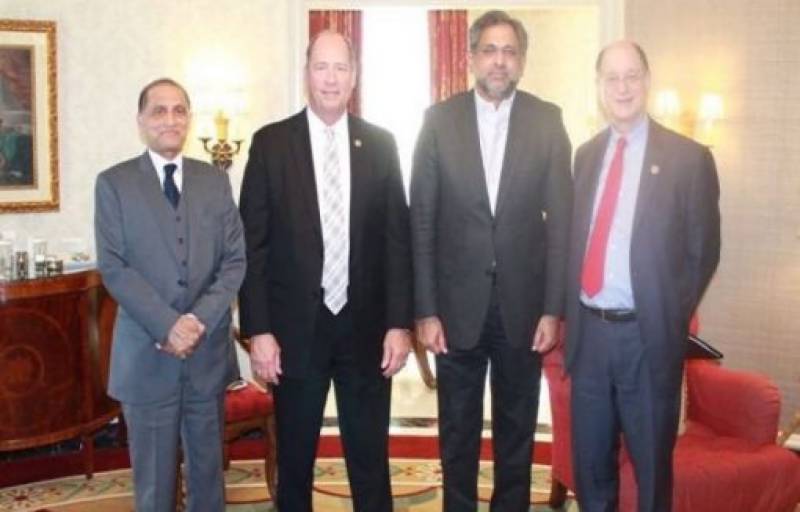 According to sources, the Pakistani premier met US officials at a local hotel where diplomats from the Pakistani embassy were also present.

The prime minister also met Congressman Ted Yoho, who is the chairperson of the Subcommittee on Asia and the Pacific.

A few days back Foreign Secretary Tehmina Janjua visited Washington as part of an attempt by both states to work together.

In an exclusive interview with private TV channel, Janjua stressed the importance of strategic and diplomatic relations between the two nations.

Prior to Janjua’s visit, on the same day, Principal Deputy Assistant Secretary for South and Central Asia Alice Wells had said they could be in the beginning of a process with the Pakistani government.

“We have a series of high-level exchanges, Foreign Secretary Janjua will be here in Washington for meetings today (Sunday). There will be a very intensive dialogue through both our military and our civilian channels to discuss how we can work together,” she had said. “We’re certainly not walking away from Pakistan.”

The US-Pak relations witnessed a downtrend after US President Donald Trump’s New Year tweet, wherein he had claimed that Washington had “foolishly given Pakistan more than 33 billion dollars in aid over the last 15 years”.