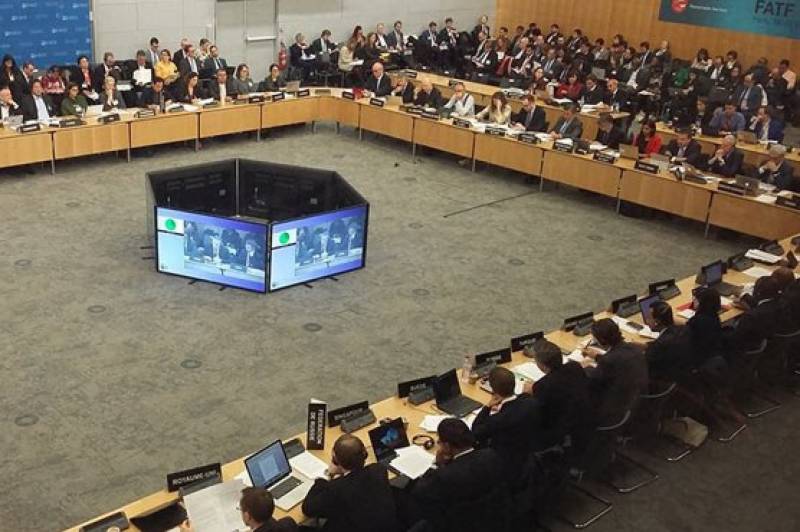 ISLAMABAD - Prime Minister’s Adviser on Finance, Dr. Miftah Ismail, Friday, said that that the government was reviewing the recommendations of the Financial Action Task Force (FATF) regarding measures to tackle money laundering and terrorism financing.

The government is looking into what more could be done on this front and an action plan in this regard will be ready by June.

Addressing a news conference here Miftah Ismail said that the concerns shown by the International Monetary Fund (IMF) regarding the country’s economy were correct because the imports related to power plants had increased substantially.

The current account deficit is increasing continuously and warned that in the coming years, the country’s debt will rise further. However that whosoever is in power will not face any difficulties to return the debt.

Talking about state-run companies such as the Pakistan Steel Mills and the Pakistan International Airlines, the Finance Adviser said these organisations were running in huge losses. The steel mills could not pay its gas bills. The number of employees there are ten times higher than international practice.

He recalled that the federal government offered the Sindh government to buy the PSM for one rupee but the provincial government rejected the offer. Ismail also termed his recent statement about selling the PSM for free to whosoever settles PIA’s losses satire.

Miftah Ismail also claimed that the country’s economy was not facing any adverse issues and would grow by six per cent in the current fiscal year. The country’s foreign exchange reserves stand at $12.20 billion whereas debt and interest payments amount to $3 billion.

Ismail stressed that revenue collection was showing continuous growth and that the country’s exports will grow sharply in the coming years. He proposed to talk to China about a free trade agreement, saying the country’s strategy should be to protect the local industry.

The adviser also said that his boss was Prime Minister Shahid Khaqan Abbasi and former premier and party chief Nawaz Sharif and not the IMF and the prime minister would decide about a tax amnesty scheme in a week’s time.