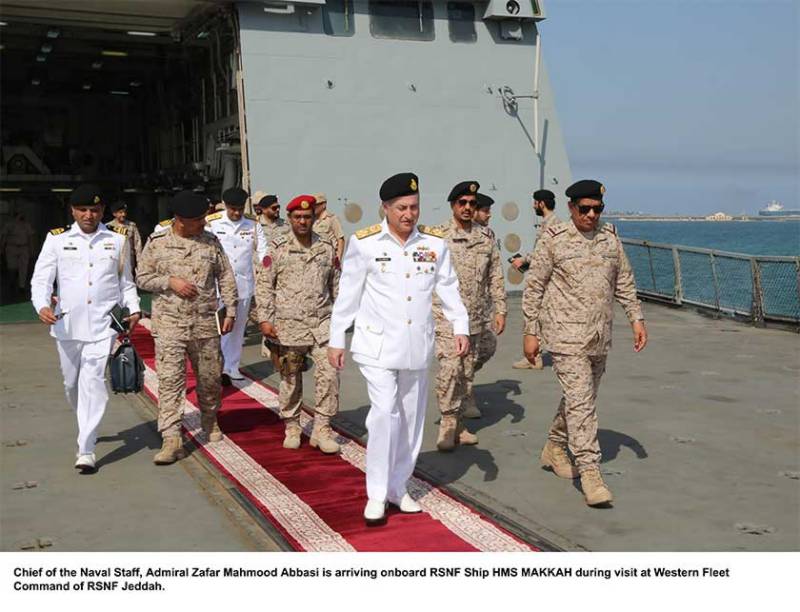 The Naval Chief also visited RSNF Ship HMS MAKKAH. The Admiral was briefed onboard by the Commanding officer of the ship. During his visit onboard, the Naval Chief interacted with ship’s crew and appreciated their operational competence.

It is expected that recent visit of the Naval Chief will enhance and expand collaboration between the two countries in general and navies in particular.