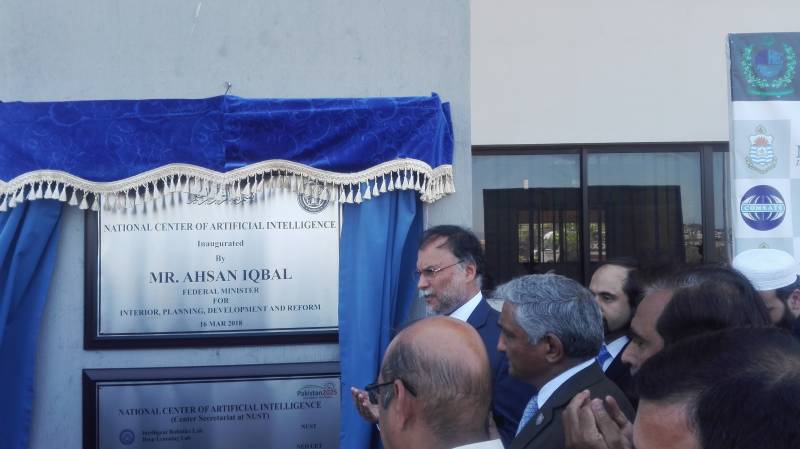 ISLAMABAD:Interior Minister Ahsan Iqbal has ordered to remove from posts, those officials within the Interior ministry having dual nationality.

According to spokesperson of the Ministry, the directives are for the officials holding sensitive posts.

Earlier speaking at the inaugural ceremony of National Centre of Artificial Intelligence in Islamabad, Minister for Interior and Planning, Development and Reform Ahsan Iqbal says Pakistan is now being recognized as an emerging economy by the world's renowned financial institution due to prudent economic policies of the government.

Ahsan Iqbal said China-Pakistan Economic Corridor (CPEC) has made Pakistan centre of attention. He said continuity of policies is essential for economic stability.

He said we have to move forward in the fields of science and technology to achieve sustainable development and prosperity.

Minister for Planning and Reforms said government has chalked out vision 2025 to address the long term challenges and for the promotion of knowledge-based economy.

He said the present government laid the foundation of several initiatives with regard to knowledge revolution. It will establish one campus of university in every district.

Ahsan Iqbal said government is committed to empower the people of backward areas of the country to ensure their contribution towards development.

Turning to issue of terrorism, he said the backbone of terrorists has also been broken and they are on run. The government has also overcome the challenge of load shedding in the country.