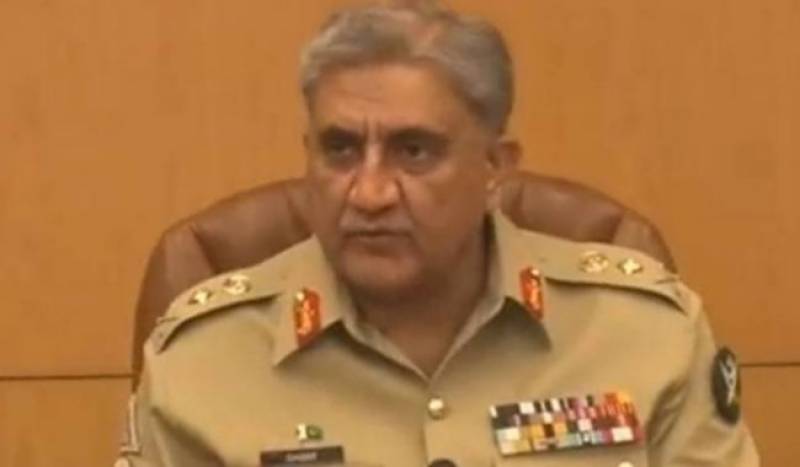 LANDIKOTAL: Chief of the Army Staff (COAS) General Qamar Javed Bajwa has made a conditional offer to the militants fighting against the state.

COAS has said that state would forgive the Pakistani militants if they laid down arms and pledged not to challenge the writ of the state.

The army chief was speaking at a jirga of tribal elders held at the Landikotal army garrison.

He said the tribal people should cooperate with the law-enforcing agencies and security forces to arrest the facilitators of the militants attacking the government installations. He said the Pakistan Army was committed to maintaining peace in the country.

He added that militancy had been rooted out and mega development projects would be launched in Fata to address the problems of the tribal people. Regarding the future status of Fata, General Bajwa said the Pakistan Army would support the decision of the majority of tribal people and accept what they wanted.

He added that dialogue of those in favour of Fata's merger with Khyber Pakhtunkhwa and those opposed to it would be facilitated to settle this issue.

The army chief said Pakistan had cordial relations with the Afghan government and it had offered its support for bringing peace in Afghanistan. He pointed out that Pakistan rendered sacrifices for the sake of peace and stability in the region.

Answering the questions of tribal elders, General Bajwa said they had allocated Rs1.5 billion in the army budget and this amount would be used for the uplift of Fata. He said Afghan citizens were their Muslim brothers and Pakistan wanted to enhance trade relations with Afghanistan.

The COAS said the tribal people rendered enormous sacrifices in the fight against militancy and this would be remembered in the history of Pakistan. He directed the Frontier Corps Inspector General to report to him about the development projects in Fata.