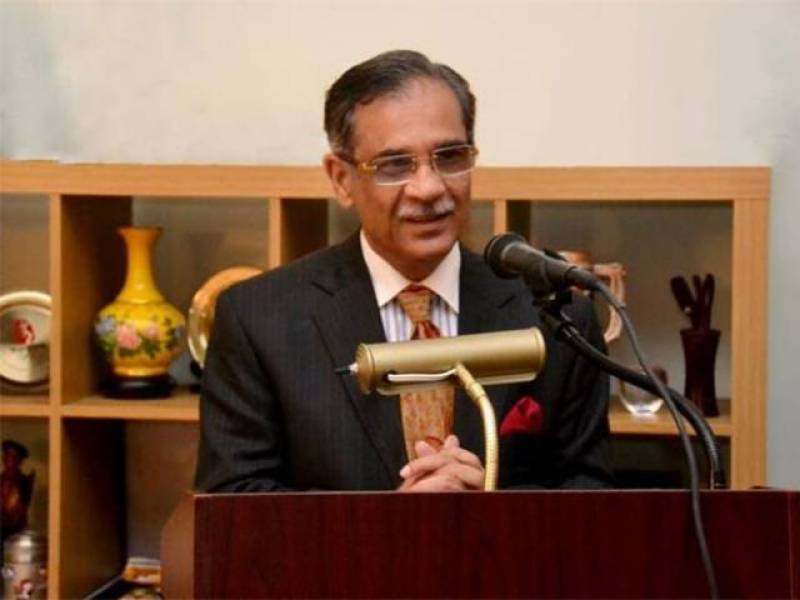 ISLAMABAD – Chief Justice of Pakistan Mian Saqib Nisar has set an unprecedented example of humanity by donating his organs after his death.

CJP on Saturday announced to donate his organs to Sindh Institute of Urology and Transplantation (SIUT) after his death, according to reports in local media.

Nisar was sworn in as the 25th top judge of the South Asian country in 2016, replacing Justice Anwar Zaheer Jamali.

Throughout the world, people find new lives in getting transplanted organs donated by deceased people. The level of deceased organ donation, however, has been quite low in Pakistan, where thousands of people with end-stage organ failure die every year.

The first deceased kidney transplants in Pakistan were carried out at SIUT in 1995 with kidneys gifted by the Eurotransplant International Foundation in the Netherlands.

The first local deceased organ donor was a young man named Naveed. He suffered a serious head injury in 1998 when a truck rammed into his motorcycle in Karachi.

The second deceased organ donor in Pakistan was 22-year-old Shamim Bano, a social worker from Hunza Valley, who died in an accident in January 2005. Her kidneys were transplanted to two patients at SIUT. Her corneas were donated to the Layton Rehmatullah Benevolent Trust, which specialises in the treatment of ailments related to eyesight.

The third deceased Pakistani donor was Abdul Razzak Memon, a professor of pathology at Sindh Medical College, who suffered brain death due to massive intracranial bleeding in 2007. His family decided to donate both his kidneys.

The fourth donor, Syed Imran Shah, was 21 when he suffered a road accident in Islamabad. He was taken to Shifa International Hospital with a serious brain injury. When all attempts to save his life failed, his parents informed the doctors of their wish to donate his organs. One of his kidneys was transplanted to a patient in March 2010 at Shifa, while the second one was sent to SIUT and transplanted a day later.

At 16 years of age, Arsalan became Pakistan’s youngest deceased organ donor. A resident of Lahore, he died in a road accident in 2011. His liver was donated for transplant with the consent of his mother.

Pakistan’s greatest humanitarian activist, Abdul Sattar Edhi, passed away on July 8, 2016. As per his wish, his corneas were donated to two blind people.

In 2010, the federal government promulgated a law, the Transplantation of Human Organ and Tissues Act, to regulate organ donation and transplant.

It was followed by the Punjab Transplantation of Human Organs and Tissues (Amendment) Act 2012 that resulted in the creation of a regulatory authority in the province for organ donation and transplantation.

Now that there are laws, there is also hope that they will lead to more organ donation by both the living and the deceased (cadaveric).