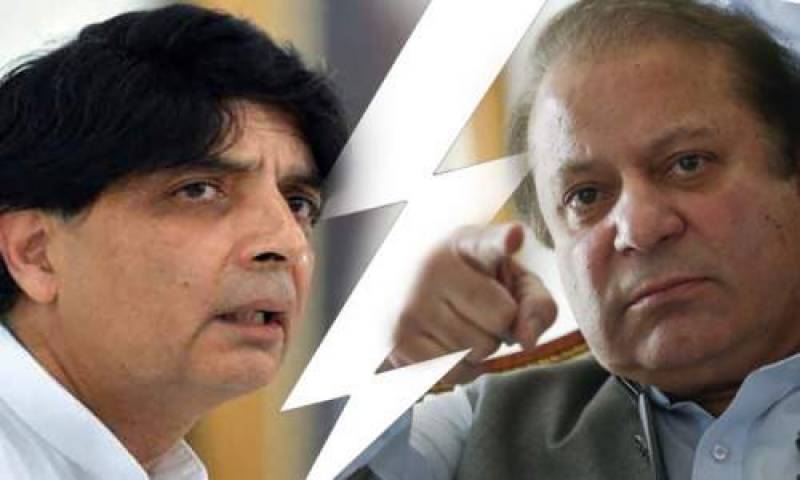 He said my suggestion to Nawaz Sharif that we should not move towards fighting with judiciary, state institutions,” he said while addressing a press conference here.

The former interior minister also talked at length about his speech on Friday in the National Assembly on Friday regarding the government’s failure to place the Sharif family on the Exit Control List (ECL).

“Certain sections of media did not report my speech properly,” he said.

Pakistan Peoples Party (PPP) MNA Naveed Qamar in the National Assembly had questioned why the name of former premier Nawaz Sharif has not been put on ECL yet.

Qamar questioned the procedure for putting someone’s name on the ECL.

Responding to this, Nisar said that the policy regarding putting someone’s name on the ECL has changed. “During my tenure, people’s names were put on ECL even after a domestic dispute.”

A committee of the interior ministry makes the decision on whose names should be put on ECL now. The roles of interior secretary and other ministers have been finished in this regard, said Nisar.

He remarked that the ECL committee should make its decision on merit, adding that the recommendations made by National Accountability Bureau should be reviewed and then implemented.