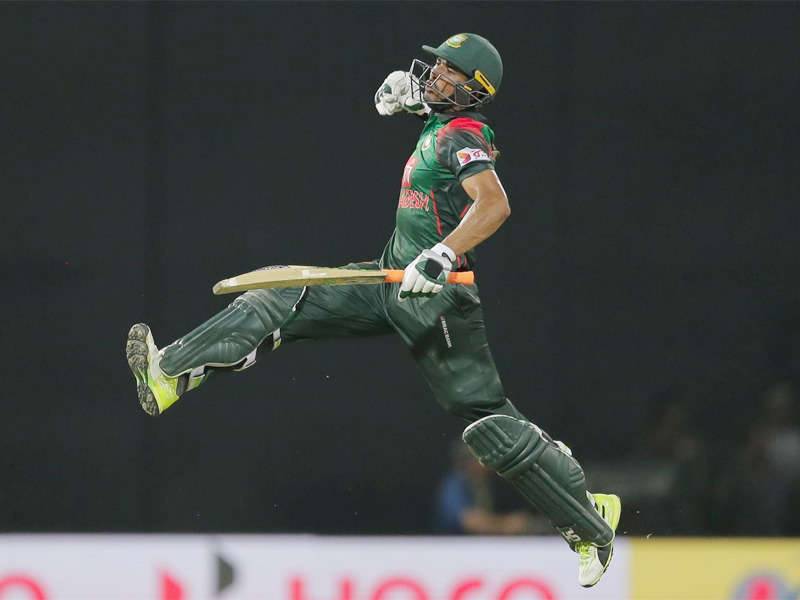 COLOMBO: Bangladesh pulled off a sensational two-wicket victory over Sri Lanka under dramatic circumstances to set up a summit clash against India in the Nidahas Twenty20 cricket tri-series on Friday, PTI has reported.

Mahmudullah (43 not out) struck a stunning six in the penultimate delivery to reach to the target of 160 to the wild celebration of the Bangladesh camp after tempers were frayed due to debatable decisions from the umpires.

The match at the R Premadasa Stadium was marred by drama at the fag end of the virtual semifinal as Bangladesh captain Shakib ul Hasan gestured to his two batsmen to come out of the field apparently in protest against giving a run-out decision to Mustafizur Rahman on a seemingly shoulder-height ball.

But better sense prevailed in the end after arguments between the players of the two sides and intervention by match officials.

Bangladesh, who have also beaten the same opponents earlier in the tournament, secured four points from four matches to enter the final.