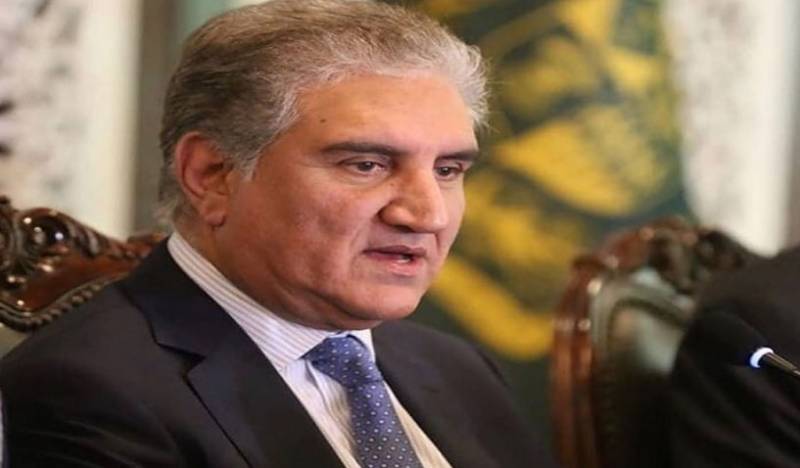 ISLAMABAD-Foreign Minister Shah Mehmood Qureshi Friday said international cooperation was indispensable to respond to coronavirus pandemic and economic recession, which could be best promoted at and through the United Nations (UN).

Addressing via video-link the United Nations Economic and Social Council (ECOSOC)'s High-Level Political Forum (HLPF), he said the world was presently facing the "most serious dual health and economic crisis" since the founding of the UN 75 years ago.

The foreign minister said the pandemic had triggered the worst economic crisis since the Great Depression of the 1930s.

He feared that as the aftermath, the world economy could contract by five percent with 130 million people  pushed back into poverty.

He said the UN, under the leadership of Secretary General Antonio Geutteres, and the UN family of organizations, had mobilized admirably to respond to the crisis.

He welcomed OCHA’s emergency fund and the UN recovery fund proposed by Norway and also the response of the Internationa Monetary Fund, World Bank, World Health Organization and other international organizations.

He said the crisis had illustrated the essential unity of humanity besides exposing the unequal structures of global finance, trade and investment.

"While the rich nations, with a population of 1.5 billion, have generated nearly $10 trillion in deficit financing to address the crisis, amounting to 10 to 20 percent of their gross domestic product (GDP), developing countries, with over seven billion people, are struggling to mobilize even $1 trillion - around one percent of the GDP- to respond to the health and economic challenge," he said.

He mentioned that despite its financial difficulties, Pakistan had deployed $8 billion, three percent of its GDP, to assist its disadvantaged and poor.

He highlighted Prime Minister Imran Khan's proposed debt relief as one of the quickest ways to provide essential fiscal space to the developing countries.

He expressed the hope that the financing for development initiative launched by the UN secretary general with Canada and Jamaica would succeed in mobilizing the required financial support for the developing countries.

He mentioned that millions were infected by the COVID-19 virus with himself one of the fortunate survivors.

"Millions of lives are threatened unless all nations of the world respond effectively and collectively to defeat the pandemic. No one will be safe until everyone is safe," he said.

Foreign Minister Qureshi stressed that global tensions and regional conflicts could be resolved only through "strict adherence to the principles of the UN Charter especially the non use of force, respect for the sovereignty and territorial integrity of states, non interference in their internal affairs and the exercise of the right to self- determination by peoples under colonial and foreign occupation."

He pointed out that today, the UN Security Council was driven by division among major powers, which he said must be overcome through mutual respect for each other’s legitimate national interests, sovereignty and territorial integrity.

The foreign minister regretted that the UN and the entire concept of multilateralism had been severely eroded by the resort to hegemonism, coercion, arbitrary use of force, foreign intervention and occupation and the brutal suppression of the right of peoples under colonial and alien occupation to self determination.

"Pakistan is particularly concerned by the oppression and atrocities being perpetrated against the people of occupied Jammu and Kashmir," he stressed.

"It is the small and medium sized states, with the highest stake in the UN led world order, which can help to promote an equitable and effective structure of international peace and security," he said.

"Pakistan looks forward to promote ECOSOC’s central role in addressing these challenges during its forthcoming Presidency of the Council," he concluded.