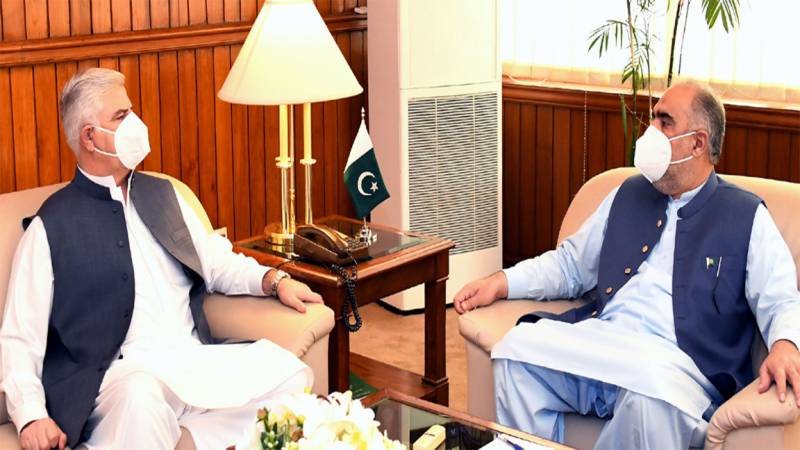 He remained with speaker for some time and discussed matters of mutual interest especially the ongoing development projects in the province.

Speaking on the occasion, Asad Qaiser said China-Pakistan Economic Corridor is a game changer project for the development of entire region.

He said the project will enhance foreign investment besides bringing positive impacts on national economy.

Mahmood Khan said provision of basic facilities to the general public at their doorsteps is the top priority of the government.

He said efforts are underway for timely completion the under construction economic zones in Khyber Pakhtunkhwa.