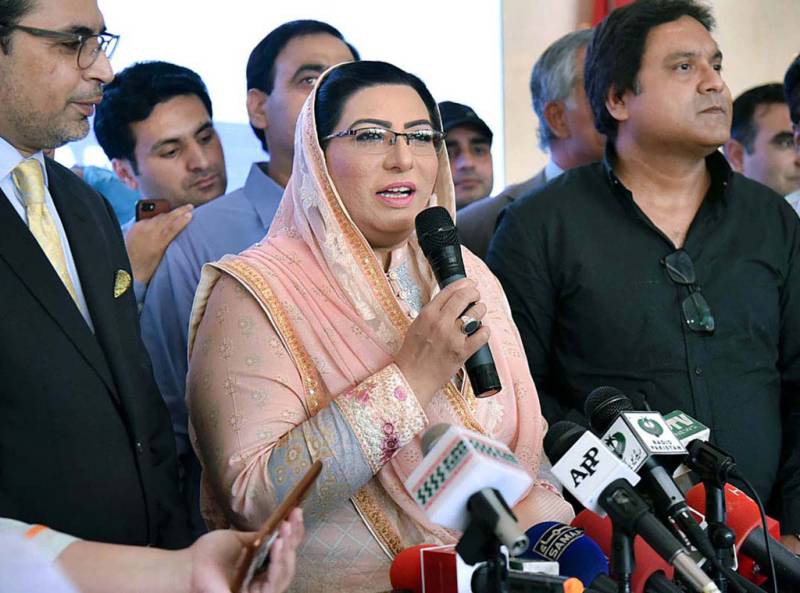 Talking to a private news channel on Tuesday, she said PML-N govt during its last five years in Punjab had overburdened the people by making false promises and talking about imaginary projects.    She said Shahbaz Sharif should tell the nation as to how much corruption his party’s government in Punjab had committed during last five years.

The PML-N only wanted to stop accountability process but it would continue till eradication of corruption from the society, she added.

The previous rulers of PML-N had destroyed all the state institutions and ruthlessly looted the national wealth, she added.    She regretted that the PML-N in Punjab did not bother to solve multiple problems of people, adding, corruption was rampant in the country, but now Prime Minister Imran Khan had the resolve to eliminate corruption from the country and there would be no compromise on this issue.

Replying to a question , she said “the leader of the opposition in the National Assembly and Pakistan Muslim League-Nawaz (PML-N) President Shehbaz Sharif should face the British courts”.

She further said that the people were waiting for the time when Shahbaz Sharif will face the British courts and tell the truth. She also challenged Shahbaz Sharif to sue her in a London court and she will present all the evidence in London court.

She said the Sharifs were striving to gain public sympathy by portraying the ongoing investigations as a conspiracy against their family and the government.

All institutions including the National Accountability Bureau (NAB) were working independently and Pakistan Tehreek-e-Insaf (PTI) government never tried to influence any department, she added.