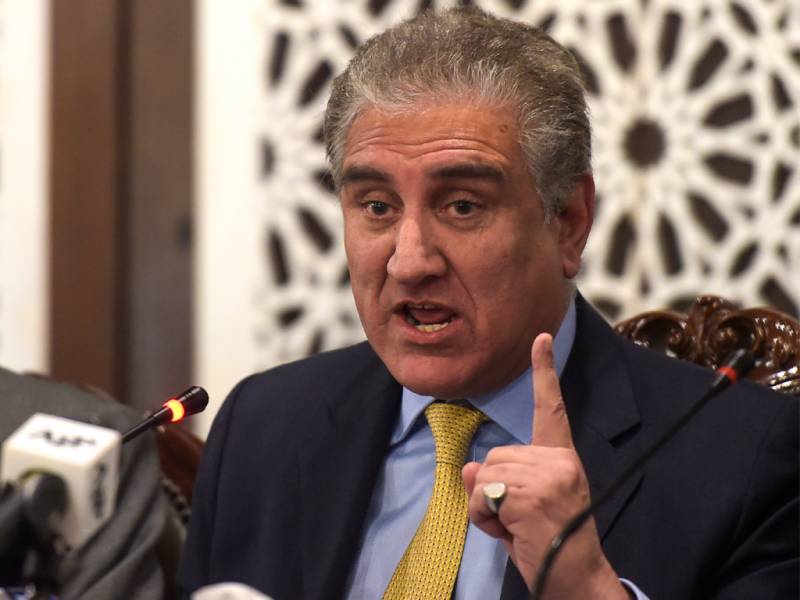 ISLAMABAD: Foreign Minister Shah Mehmood Qureshi said a constructive and cooperative approach in relationship between Pakistan and the Untied States was the best option to realize their common goals of peace and security in the region.

Speaking at a forum titled ‘Pakistan-U.S Relations: The way forward’ organized by the Pakistan Institute for Policy Studies (PIPS) here, the foreign minister said engagement in areas, including economy and finance, energy, science and agriculture, had the potential to benefit both the countries and could also help bring prosperity to the people of South Asia.

He said though the relationship faced ups and downs in the past, however, from a broader spectrum, the ties remained mutually beneficial during periods of active cooperation.

Pakistan, he said, was mindful of the US priorities regarding Afghanistan and the convergence in the policies of two countries had rekindled the hope for resolution of the protracted Afghan conflict. He said Pakistan had been facilitating the US-Taliban talks in good faith, underscoring that it remained a ‘shared responsibility’.    The foreign minister said the US had important stakes in peace and security in the region and had always been an active player whenever tensions between Pakistan and India escalated.

He acknowledged that the recent US contributions were helpful in defusing the tensions post-Pulwama incident.

He said since the assumption of the government of Pakistan Tehreek-e-Insaf in August last, there had been a gradual warming up in the relations with the US.

As Pakistan embarks upon the first summit-level engagement with the US, Qureshi expressed the confidence that Prime Minister Imran Khan’s visit to Washington D.C would help usher in an era of stability and prosperity in South Asia.