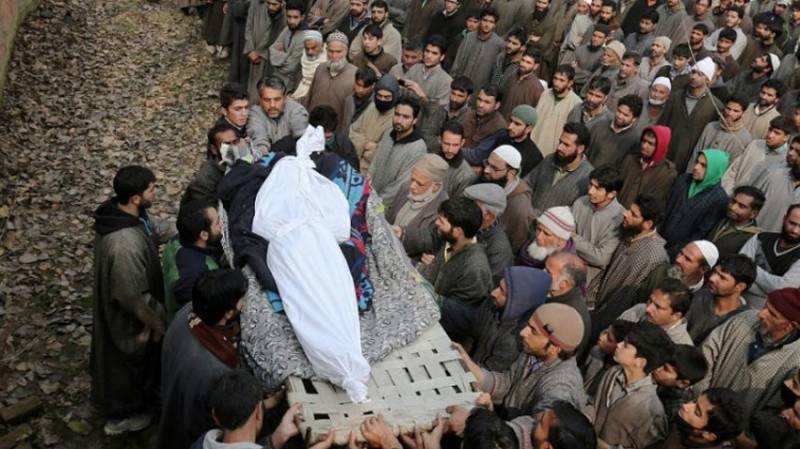 In Occupied Kashmir, Indian troops in their fresh act of state terrorism martyred a Kashmiri youth in Sopore town on Wednesday.

The youth identified as Adnan Channa was killed by the troops during a cordon and search operation at Gund Brath area of the town.

Ghulam Qadir Lone was summoned at Kralgund Police Station of Handwara and was detained under draconian law Public Safety Act.

Jamaat-e-Islami in a statement issued in Srinagar while condemning the fresh arrest spree of party leaders and activists by Indian police termed the ongoing harassment as an exercise of political vendetta.