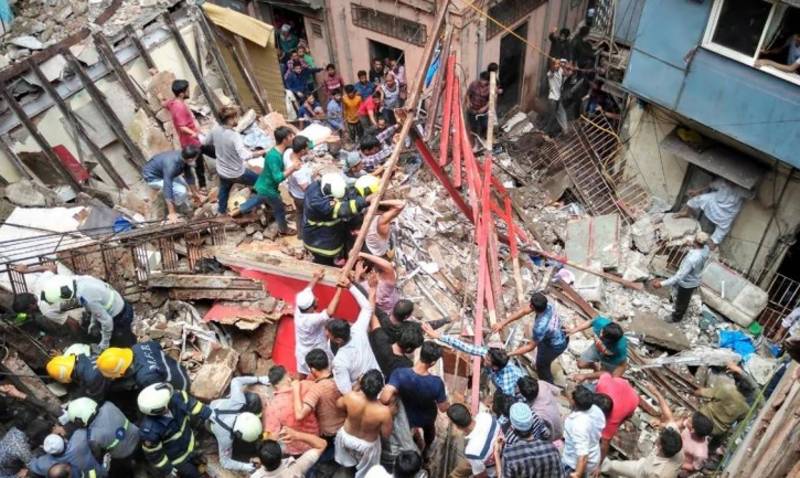 NEW DELHI: In India, four people were killed and more than thirty trapped when four-storey building collapsed in Mumbai.

According to media reports, it is the second such collapse around Mumbai in less than ten days.

Torrential rains that lash the city during the monsoon often destabilize older constructed structures, leading to multiple building collapses over the years.