No option for US except to work with Pakistan, says top envoy
17 Feb, 2022 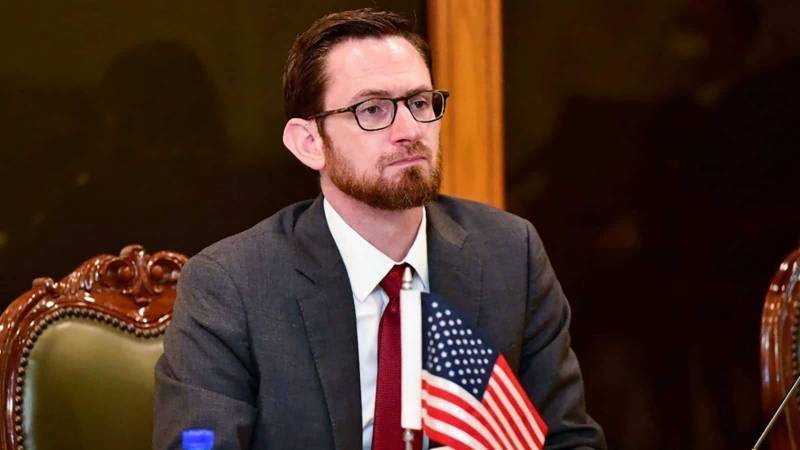 ISLAMABAD – Special envoy for Afghanistan Thomas West on Tuesday said Washington has no alternative but to work with Islamabad on the way ahead in war-torn Afghanistan.

Expressing his views at the US Institute of Peace in Washington, West acknowledged the role of South Asian countries in arranging a peace deal with the interim Afghan setup however he complained that Pakistan often ignored some suggestions of Washington.

Pakistani leaders have huge expertise in their system on Afghan matters, he said while adding that they were in close contact with the Pakistani leadership during the Afghan peace process. West also acknowledged Islamabad’s role in a peaceful settlement between the two sides.

Recalling troops' withdrawal and the fall of Kabul to the Taliban, he said, “If Pakistan had taken some steps in a meaningful and consistent way, we would be in a better position today”.

He also pointed that Pakistan’s unwillingness on some issues irked Biden administration, although the two allies continued to support the Doha talks that led to an agreement in 2020.

“Now, it’s a mark of our pragmatism, in my view, that in Washington you are not hearing leaders from across the spectrum spending time and energy criticizing Pakistan and looking backward,” the US envoy mentioned while clarifying that Washington wants to continue its cooperation with South Asian country.

Last year, Prime Minister Imran Khan categorically said that Pakistan would absolutely not allow any bases and use of its territory to the United States for any sort of action inside Kabul.