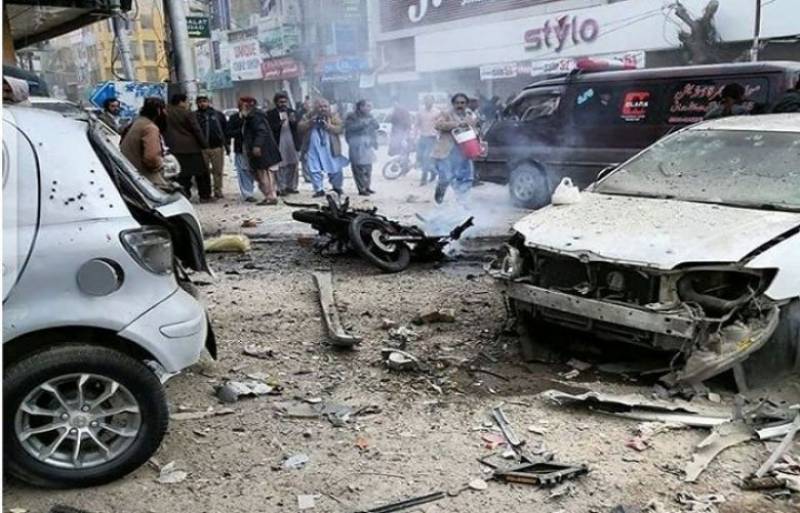 The injured, three of them in a critical condition, have been shifted to hospital.

According to details, the suicide bomber was coming from Sharea Iqbal when he reached near a security protection provided to the demonstrators near the Quetta Press Club the police personnel tried to stop him but he exploded himself hitting the police vehicle.

A number of vehicles were badly damaged and scores of buildings’ window panes also shattered in the blast.