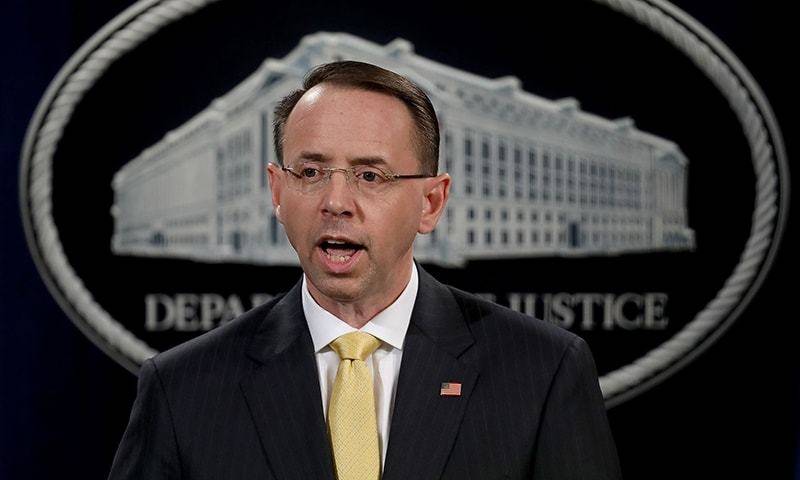 WASHINGTON - US Special Counsel Robert Mueller on Friday announced the indictments of 13 Russian nationals and three companies for alleged interference with the 2016 election.

According to the unsealed indictment, the accused conspired — from 2014 until today — to interfere “with the US political and electoral processes, including the presidential election of 2016”.

Mueller alleges that the group posed as Americans and controlled social media accounts that focused on divisive social and political issues.

Under the management of Yevgeny Prigozhin, a close ally of Vladimir Putin, the group reached “significant numbers” of Americans, according to the indictment.

They had a “strategic goal to sow discord in the US political system” and by mid-2016 were supporting Donald Trump's campaign and disparaging Hillary Clinton.

The group was based in Putin's home town of Saint Petersburg, but some of the accused travelled to the United States.

An unnamed Texas-based American political operative is said to have instructed them to focus on so-called “purple states” which swing between Republican and Democratic control.

Two of the firms are said to have Russian government contracts.

The Russian foreign ministry dismissed the indictments of its citizens by the US as “absurd”.

“Thirteen people carried out interference in the US elections? Thirteen against the billion-dollar budgets of the special forces? Against the espionage and counter-espionage, against the newest developments and technologies?”, foreign ministry spokeswoman Maria Zakharova wrote on Facebook.

“Absurd? Yes. But this is the modern American political reality,” she added, in the first official reaction from Moscow.

The businessman who tops the list of those indicted, Yevgeny Prigozhin, also made light of the indictments in comments to RIA Novosti state news agency.

“Americans are very impressionable people. They see what they want to see. I have great respect for them. I am not at all upset that I am in this list. If they want to see a devil, let them,” he said.

Prigozhin is nicknamed Putin's “chef” by Russian media and runs a company that has catered for Kremlin receptions. He has been photographed with the strongman and his company Konkord is subject to US sanctions.

He has been linked by Russian media to a “troll factory” in Saint Petersburg working to spread pro-Kremlin propaganda online. He has denied meddling in US politics.