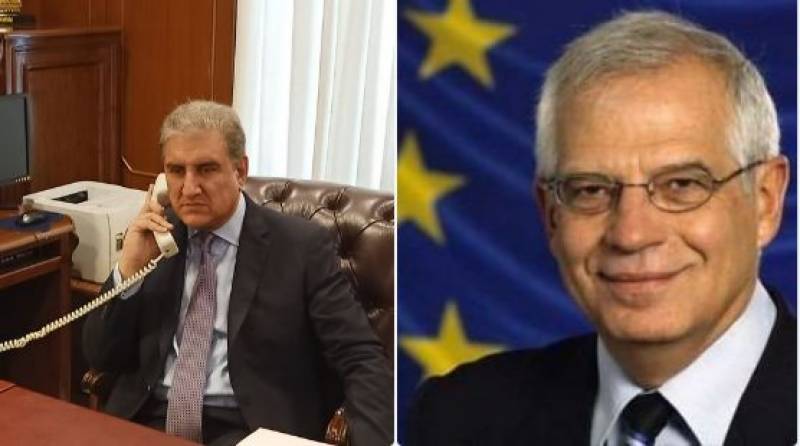 ISLAMABAD - Spanish Foreign Minister Josep Borrell says his country and the European Union would make every effort to ensure peace and stability in South Asia.

He was talking to his Pakistani counterpart Shah Mehmood Qureshi who telephoned him today to brief him on the current situation in the Indian Occupied Jammu and Kashmir.

Josep Borrell said they are closely monitoring the situation and that any further escalation would have severe impact on the peace and security in the region.

The two leaders agreed to continue to work together for peace and stability in the region.

Shah Mehmood Qureshi highlighted the illegal and unilateral steps taken by the Indian Government to change the disputed status of Indian occupied Jammu and Kashmir and its demographic structure.

He said these steps were in contravention of the United Nations Security Council resolutions on Jammu and Kashmir and the International Law.

The Foreign Minister underlined that the actions taken by India entailed grave risk for peace and security in the region and were aimed at bringing a material change to the status of Jammu and Kashmir.

He highlighted the severe hardships faced by the people of the Indian occupied Jammu and Kashmir in the face of unprecedented lockdown of the entire population.

The Foreign Minister apprised his Spanish counterpart on the worsening situation of safety and security of the people in the Indian occupied Jammu and Kashmir, which has been under curfew since fifth of this month.