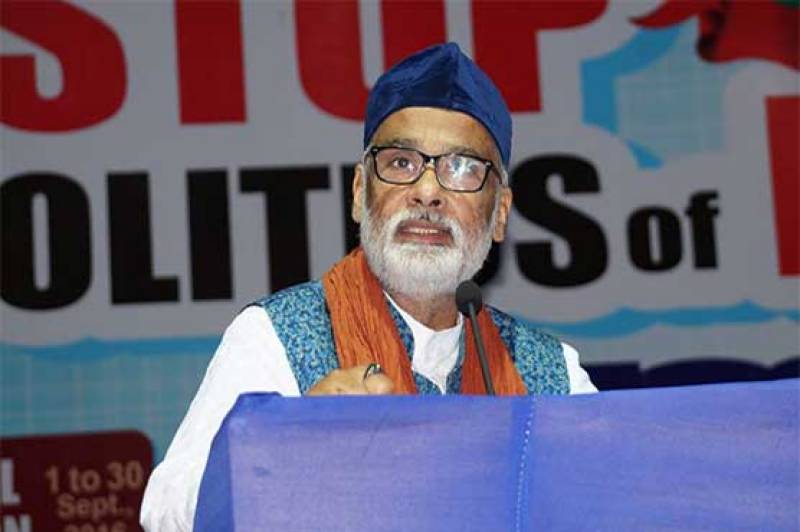 NEW DELHI – Ajmer Sharif’s Gaddinashin [custodian] Syed Sarwar Chishti has said that Modi government has made the lives of the Indian Muslims miserable.

He affirmed that atrocities are being committed against the Muslims by the incumbent government as they are being massacred for eating beef [cow meat]. He urged the community to stay united.

Syed Sarwar Chishti condemned the indecent remarks by the Bharatiya Janata Party (BJP) leaders regarding Kashmiri women. Children have been deprived of food after the curfew in Kashmir, he said.

Exposing the Indian judicial system, he said the culprits in Pehlu Khan murder case were released despite proofs against them. Modi government has killed the democracy, he stressed.