A big diplomtic victory of Pakistan and China against India in UN Security Council
17 Aug, 2019 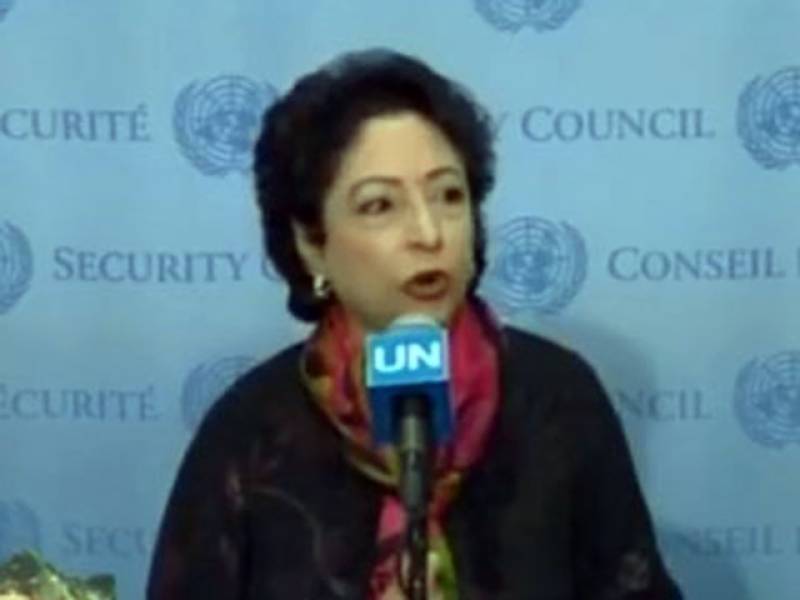 ISLAMABAD -A big diplomtic victory has been reported for Pakistan and China against India in UN Security Council.

Pakistan’s permanent envoy to the United Nations Dr Maleeha Lodhi has said the Security Council’s meeting is testament that Kashmir issue is not an internal matter of India but an international issue.

Briefing the media along with the Chinese envoy to the United Nations after the UNSC meeting convened on Friday to discuss New Delhi’s illegal move of depriving Indian Occupied Jammu and Kashmir of its special status, she said there was an effort to cancel this meeting and we are grateful to all member states for having it.

Dr Lodhi said that all the 15 permanent and non-permanent member states attended the consultative session today, adding that the meeting was briefed on the latest developments and the dismal human rights situation in Occupied Kashmir.

“This is the first but not the last step we have taken on aspirations of people of Jammu and Kashmir. We’ll continue our efforts to peacefully resolve this issue,” she remarked.

Dr Lodhi said the voice of the people of Occupied Kashmir has been heard today in the highest diplomatic forum.

“They are not alone… their voices have been heard, and their plight, their hardship, their pain, their suffering, occupation of their land and the consequences of that occupation has been heard in the UN Security Council today,” she added.

Speaking on the occasion, the Chinese ambassador to the United Nations, Zhang Jun, said the Kashmir issue has become an internationally recognised dispute, which should be resolved according to the UN charter.

He said India’s unilateral step has aggravated the situation in the region.

The Chinese ambassador said members of the Security Council generally feel India and Pakistan should both refrain from unilateral action over Kashmir. Zhang told reporters that the situation in Kashmir is “already very tense and very dangerous”.

The meeting was called amid the heightened tensions between Pakistan and India following the abrogation of Occupied Kashmir’s special status in the first week of August.