Urdu as medium of instruction be adopted in Pakistan
17 Aug, 2016 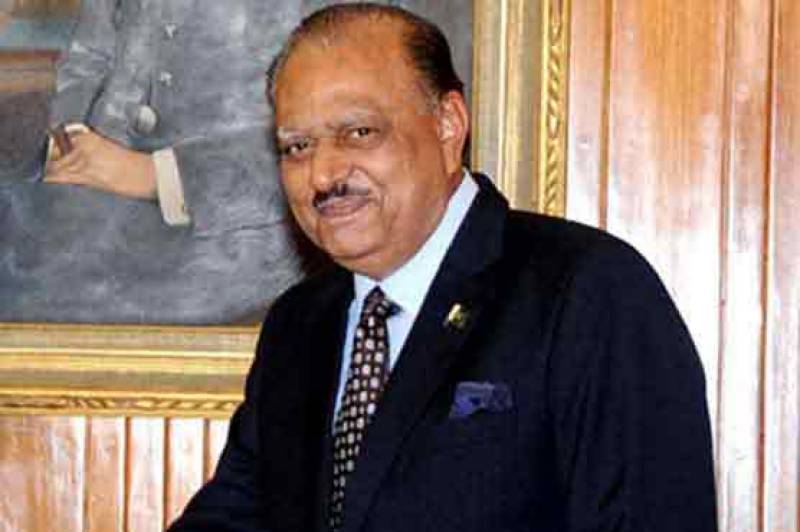 KARACHI (APP): President Mamnoon Hussain on Tuesday said that Urdu be adopted as medium of instruction for the promotion of education in the country.

Many of the people who had acquired education in Urdu excelled more as compared to their contemporaries, he said speaking as chief guest at the inaugural ceremony of `Masnad-i-Baba-i-Urdu Molvi Abdul Haq' here on Tuesday at the Governor House.

He said that the present government was working seriously for the promotion of Urdu language and setting up of Baba-e-Urdu Chair at the Federal Urdu University would prove to be very beneficial for that purpose.

He pointed out that at present correspondence in many of the sections of the Presidency was being done in Urdu language and added that for the cause of Urdu many organizations were offering their services.

Molvi Abdul Haq's academic treasure has been preserved at the library of the Anjuman-i-Tarraqi-i-Urdu, he said.

The President said that a great deal of benefit could be derived from this wealth of information and knowledge after setting up of the Baba-i-Urdu Chair.

He asked all those concerned to undertake a comprehensive planning so that storage of knowledge and information could be updated and enriched further and the process of enforcement of Urdu be also speeded up.

The President said that the Baba-i-Urdu Chair not only proved to be a mere academic activity, but also a big step towards the realization of the objectives for the which Pakistan was created.

It will further strengthen Pakistan's ideological, cultural and its political identity in many ways as well.

The President said that Pakistan was facing international cultural challenges and to face that successfully, it was essential that the Pakistani nation should duly promote its rich culture, heritage and civilization at every stage.

He said that the country was heading in the right direction which it would result in rapid development in the country.