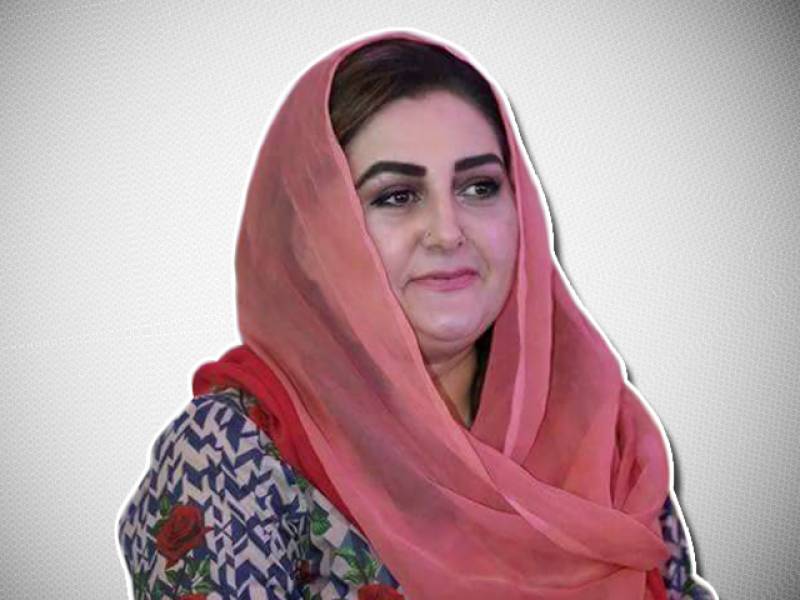 ISLAMABAD: Hamida Shahid from Upper Dir has been countering stereotypes all her life. First, she became a fashion designer. Now, she has her eyes set on what has traditionally been the turf of PPP and Jamaat-e-Islami.

Hamida, a PTI women wing leader, has submitted a request to the party to let her fight for general seats in the National and provincial assemblies based in Upper Dir. She wants to contest for NA-5 and PK-10, both of which will cover Upper Dir constituencies as per the ECP’s new delimitations.

Currently, Jamaat-e-Islami’s Mohammad Ali is the MPA from the constituency. Two other Upper Dir MPAs are men while one elected on a reserved seat is a woman.

“Women from our areas are always given reserved seats,” Hamida told SAMAA. “Why can’t we contest on general seats?”

Women in Dir have long been deprived of the right to vote. In the 1977 elections, men said to be from the Jamaat-e-Islami harassed women in the area who showed up at polling stations. Since then, women were made to stay away from the ballots. It was only recently that the election authority ordered a re-poll in Dir over female voter absence. This somehow paved the way for a woman to desire contesting elections from the area.

Forty-four-year-old Hamida was married 30 years ago after completing her matriculation. She was born and schooled in Peshawar. The PTI leader still lives in the city and also owns a house in Upper Dir’s Osheri Dara. “Our people are deprived of basic facilities such as roads, schools and hospitals,” she said. “I joined PTI in 2011 to work for the betterment of my people. I had no prior political experience.”

Hamida, a mother of six, belongs to the Paindakhel tribe. “I am the first woman from my family to join politics or PTI,” she said. Her maternal uncles are members of Jamaat-e-Islami and PPP. They tried to dissuade her from joining PTI. “But I wanted to work for my people. Funds are allocated for our areas but we don’t know where they are spent.”

Women from Dir need to become political, said Hamida. “The world’s problems are not all male-centric,” she said. “And a woman cannot detail her problems before a man, which is why women should join politics.”

She spoke about the roads infrastructure in the rough terrain of Dir. “Our roads are in such terrible state that I have had to walk 10 kilometres from Darora to my village as a child because of absence of roads,” she said. “Now imagine the plight of women who go into labour.”

Can she fulfill the challenges she is taking up? “In 1993, I wanted to become a successful fashion designer and my husband said it’s a near impossible task. Today, I have outlets in Peshawar and Sharjah and am registered with PFDC.” Hamida said she belongs to the northern areas and is not scared of working there. “If I were to go to an alien area, problems would arise for me. But these areas are my own.”

According to her, the Pashtun people are gifted. “But their talent remains untapped as they are not given opportunities,” she said. “You will see children in our villages sitting on the streets with books in their hands.”

The PTI leader said she has always lived in Peshawar. “If elected from Dir, I will move to the area,” she said. “Now that I am done with my children’s responsibility and they are all grown up, I have taken upon the task to fix issues affecting my people.”

Will PTI fulfil her request? Party spokesperson Fawad Chaudhry said tickets will be decided by the party’s parliamentary board by mid of May. He said PTI has empowered women. “It’s encouraging that women are participating from such remote areas,” he said.

On the other hand, Jamaat-e-Islami is confident it will retain its seat in the next election. “It is Hamida Shahid’s democratic right to contest elections but I don’t know her,” said MNA Sahibzada Muhammad Yaqub. “Our party and Upper Dir MPA Mohammad Ali have done a lot for the people.” According to him, Ali helped boost Upper Dir’s economy by building roads and attracting tourism.