KP has no reservations on Western route of CPEC: Pervaiz Khattak
17 Apr, 2017 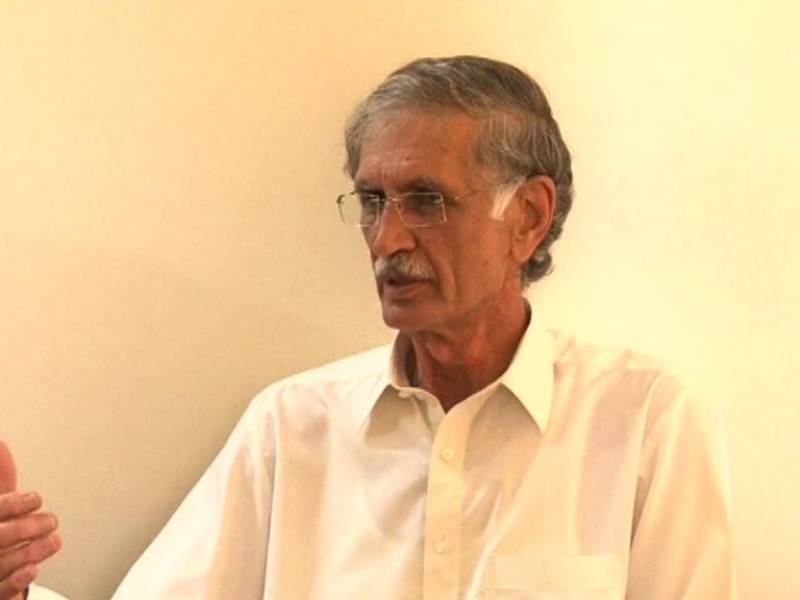 BEIJING: Khyber-Pakhtoonkhwa (KP) Chief Minister Parvez Khattak Monday said he had no reservations on the Western route of China-Pakistan Economic Corridor (CPEC) and the peoeple were unanimous to take Pakistan towards progress and development under this project.

"The entire Pakistan is unanimous on CPEC project and taking the country forward and even we have got an additional route from Gilgit to Chitral which has been approved in 6th JCC meeting held here in December last," he said while talking to media on the sidelines of the Road Show held here to muster the Chinese investment in the province.

He said his first visit to China to attend the JCC meeting held here in December last was very special in which he learned a lot.

"When I returned to Pakistan, I made it sure that I will come back with a big bang to muster investment of Chinese companies for which we have been working round the clock to set a stage in the province," he added.

The KP Chief Minister said, "We are fully ready for the Chinese investment in Pakistan and will provide the best investment and business opportunities to Chinese entrepreneurs in our country."

Parvez Khattak said he had good understanding with the federal government on CPEC, adding, "We have included leader of opposition in the KP Assembly in the delegation to create more consensus."

Terming CPEC very important for both China and Pakistan, he said, "We all have been striving for the last three years and expecting a lot of investment and development in Pakistan under this initiative."

We are hoping that China having a long history of relationship with Pakistan and its people will come in a big way to support us, he added.

Commenting on One Belt One Belt Initiative, he said, it was a good initiative announced by Chinese President Xi Jinping which was beneficial for not only China and Pakistan but other regions as well.

He said the KP provincial government had already introduced new reforms and laws and created enabling environment and laws and order which were conducive for the foreign investment.

"We have offered Chinese businessmen to invest in mine, mineral, tourism and information technology sectors," he added.

He expressed the confidence that Peshawar would soon become center of CPEC as the city was connected with Afghanistan, Russia, Central Asia, Iran and added it would become industrial hub providing shortest route to Gwadar Port.

Responding to a question about security arrangements for the foreign investors, he assured guarantee for the security and informed that a special force had been set up by the provincial government in this regard.

He said there was misconception about the security in Pakistan, adding, the entire world was facing menace of terrorism but in Pakistan, law and order situation was improving fast and it was going to become a peaceful country in the world.

To facilitate the Chinese investors, he said, the government had formulated new reforms and laws and there would be one widow operation and all facilities under one roof. (APP)