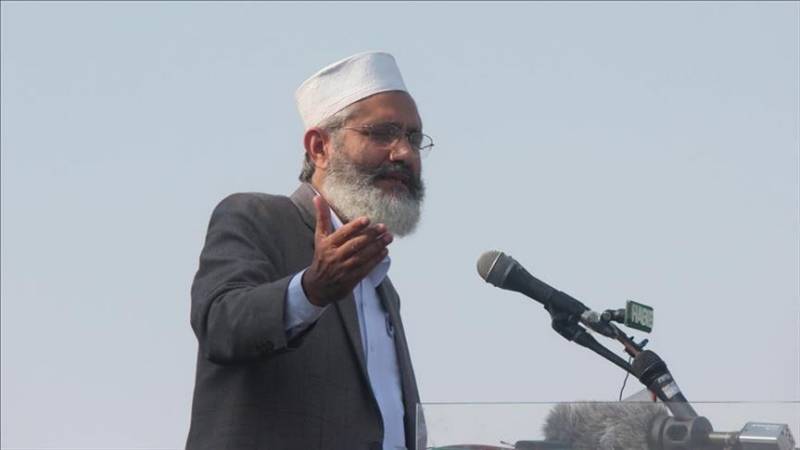 Sirajul Haq of Jamaat-e-Islami characterized the agreements as against the principles of Islam and called them "an act of betrayal" against Palestinians.

"According to a fatwa [religious ruling] issued by the international union of Muslim scholars, any agreement to normalize relationship with Israel is offense, false and forbidden," said Haq, who is also a senator in parliament.

"Therefore, we reject the normalization deals between UAE, Bahrain and Israel," he said, because they are "dishonesty with Allah Almighty and His Messenger."

"It is act of betrayal against Muslim Ummah, particularly Palestinians," he said.

"The Pakistani nation will continue to support the struggle of Palestinians against the Israeli occupation in the light of the vision of the founder of [our] nation, Quaid-i-Azam," Haq vowed.

His view was similar to Pakistan Prime Minister Imran Khan who said last month that his country would not recognize Israel until the Palestine issue is resolved.

"Our stand about Israel is very clear. It is the same that the founder of nation, Quaid-I-Azam had," he said during an interview with local television station, Dunya News,

Khan was referring to Mohammad Ali Jinnah who advocated unwavering support for Palestinians.

"We cannot recognize Israel until Palestinians get their right, which should be in line with the two-state solution," he said. "If we recognize Israel, then we should give up Kashmir as well. Both issues have a similar background.”

Israel formally signed agreements Tuesday with representatives of Bahrain, the UAE and Israel during a White House ceremony presided over by US President Donald Trump.

Bahrain became the fourth Arab country to establish diplomatic relations with Israel last week after Egypt in 1979, Jordan in 1994 and the UAE in August.

Palestinians staged a series of rallies Tuesday in the West Bank and Gaza Strip against the controversial agreements. - Anadolu Agency