Dutch prime minister has set an example for the world leaders to follow.In a photo viral on social media, prime minister of the Netherlands Mark Rutte was recently spotted parking his bike outside the palace as he arrived to meet the king.

Interestingly, this isn’t the first time that Rutte was seen with a bike sans VIP protocol. In June this year, the premier gifted a bike to Indian prime minister Narendra Modi as both were pictured together following a meeting. 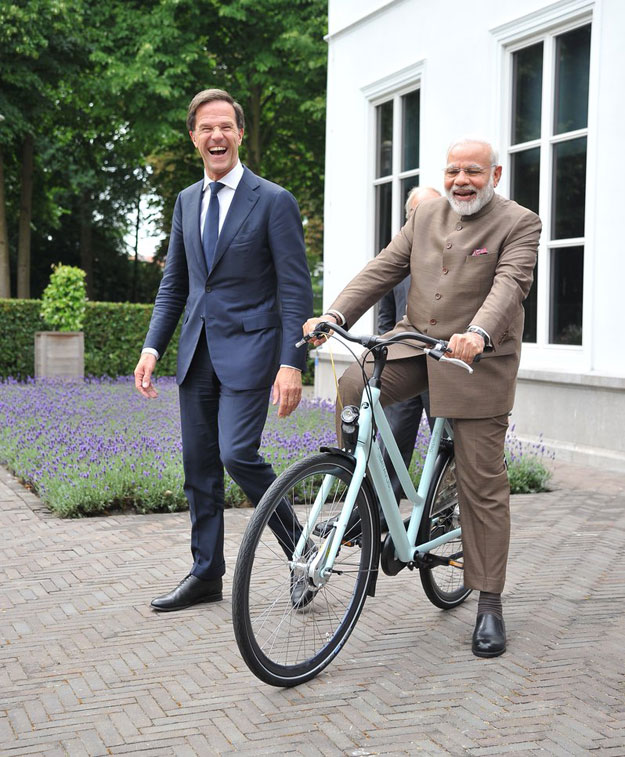 One can hope that the VIP culture rampant in Pakistan is also dealt with in pursuance with the aspirations of the masses, and the leaders here also set an example for the world leaders to follow.