Yet another Muslim man killed in Occupied Kashmir over cow lynching
16 May, 2019 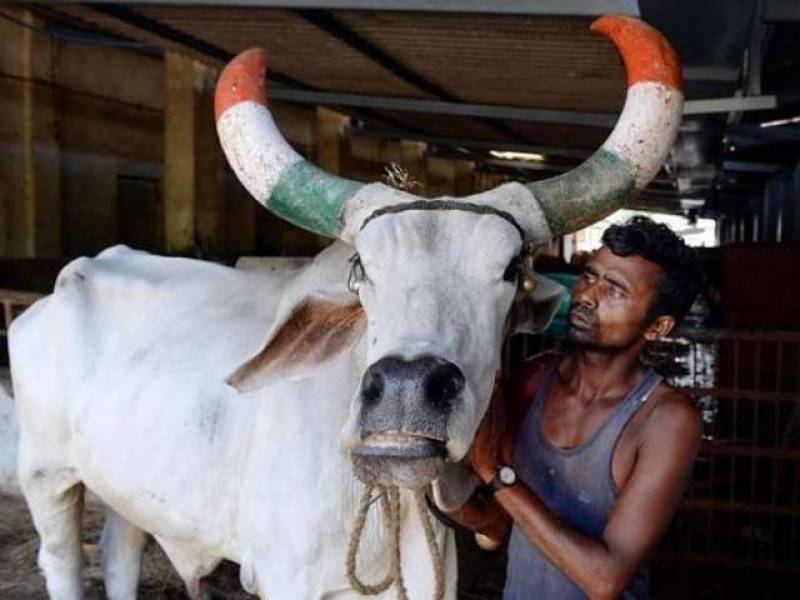 *SRINAGAR: *Indian police said Thursday they were probing a suspected fresh case of a Muslim man being killed by Hindu cow vigilantes.

Cows are revered by Hindus and according to Human Rights Watch some 44 people died in cow-related violence by Hindu vigilantes between May 2015 and December last year.

Police said that a group of Muslim men transporting horses became involved in an altercation in a remote mountainous area of Indian-occupied Kashmir before dawn.

Nayeem Ahmed Shah, thought to be 50, was shot in the head and died on the spot, police said, while another man Yasin Hussain accompanying him was injured.

The attackers fled the scene after the firing, Hussain told reporters.

“We are investigating the angle of cow vigilantism,” inspector general of police for the region, M K Sinha said, adding seven suspects were taken into custody for questioning.

Angry locals, who say the shooting was carried out by Hindu vigilantes, protested and threw stones at police and damaged several vehicles, demanding the attackers be handed over to them.

Police fired tear gas before authorities imposed a curfew in the area and deployed hundreds of government forces personnel to prevent religious clashes and the violence from spreading.

Hindus consider cows sacred and their slaughter is banned across much of India, including occupied Kashmir.

But beef is openly sold across many parts of the state where resentment against Indian rule is widespread.

Critics say that extremists have been emboldened by the Hindu nationalist Bharatiya Janata Party coming to power nationally in 2014 under Prime Minister Narendra Modi.

In 2017 his government tried to ban the cattle trade for slaughter nationwide, only for it to be rejected by the Supreme Court.

Modi, 68, is running for a second term in elections that end on Sunday with results due four days later. - APP / AFP