US heading towards military confrontation against Iran
16 May, 2019 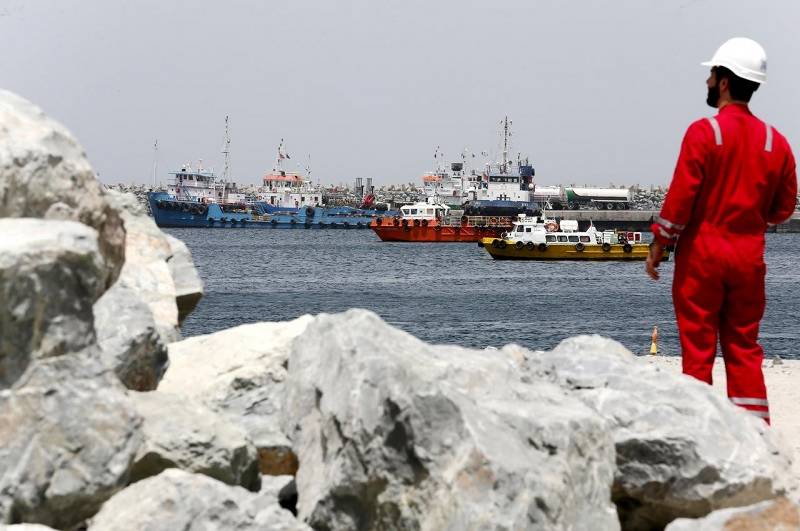 Tehran, May 16, IRNA - As the tensions in the Persian Gulf continue to increase, the role of the disturbing actors who are pushing for exacerbation of the conflict between Tehran and Washington to secure their interests is highlighted more than before.

The recent suspicious explosions in Persian Gulf are among new exacerbation. In recent days, disputes between Iran and the United States have increased which the dispatch of the USS Abraham Lincoln aircraft carrier to the Persian Gulf waters and, consequently, the deployment of four B-52 bombers at the Qatari Al-Udeid Air Base are distinctive indications.

At the same time, there are reports of sabotage operations, such as the explosion that took place a few days ago at the UAE's al- Fujairah port and targeted several ships.

While the US regional allies have been pointing directly and indirectly to Iran, some observers have emphasized these sabotage measures are artificial, which are aimed at driving America into a military confrontation with Iran.

In this regard, Foreign Minister Mohammad Javad Zarif has called 'suspicious' such subversive acts and emphasized that 'we had already predicted that some would try to foment tensions in the region by doing some actions'.

He also wrote on his Twitter page, 'This prediction is not due to being a genius, but because the Team B follows the prescription of John Bolton.'

'Team B' is a term that was first introduced a few weeks ago by Zarif in an interview with the American Fox News network; media outlet whose unequivocal support of President Donald Tramp is distinctive.

Zarif said during the interview that 'Team B, including John Bolton, Bibi (Netanyahu), Ben Salman and Ben Zayed, are trying to drag the United States to war with Iran'.

The people whom the Iranian FM has pointed out to are severely anti-Iranian. Israel, Saudi Arabia and the United Arab Emirates, as US Middle East allies of the US, are publically struggling to confront Iran. Bolton, on the other hand, as a senior advisor to Trump due to close contact with the MEK and the Zionist regime has a great deal of hatred against Iran and Iranians.

The warmongering characteristic of Bolton, however, has not been overlooked by Trump, and he tries to distance himself from the views of his senior advisor on some issues; the fact that Trump did admit it several days ago, and during a White House news conference, noted that Bolton has strong beliefs, but he has other than Bolton (other people and other advisers), and in fact, he is trying to balance his warmongering spirit.

The disagreements between Iran and the US are still increasing, but officials from both sides consider the possibility of a military conflict weak, which would be costly for both sides as well as US allies. So, after the New York Times reported that the United States intended to send 120,000 troops to the region, Trump called it fake immediately and denied it.

Recently, Trump's passion for negotiating with Iran has become more apparent. He insisted a few days ago that the White House provided the Swiss Embassy with a contact number so that Iran could contact the President of the United States if it wished. Prior to that, he had emphasized he would like Iranians to contact him and he hopes that this will happen.

In addition to Trump, Secretary of State Mike Pompeo has repeatedly emphasized that the United States is not following the war with Iran. In a meeting with his Russian counterpart in Sochi, Russia on Tuesday (May 14), he reiterated that his country was not seeking military confrontation with Iran.

In Iran, senior officials in the country reject the possibility of a war. Like the words of the Supreme Leader of the Islamic Revolution Ayatollah Seyyed Ali Khamenei two days ago in a meeting with a number of officials, that he stressed that the confrontation is not a military one, because there is no war to occur.

In the conflict between Iran and the United States, the role and place of Europeans cannot be ignored. Brian Hook, the US Special Representative for Iran, said several days ago during an unexpected visit to Brussels that the United States would count on Europe even in military terms to deal with Iran.

But in reality, Hook's claim is clearly rejected, especially after the cold reaction that the European authorities and the European Union foreign policy chief, Federica Mogherini, had on the unexpected trip of Hook and Pompeo to Brussels. This cold encounter went so far as Mogherini assessed the plan of foreign ministers of the European countries in the context of JCPOA as tense, and stated that it is unclear whether there could be a possibility of meeting with the US Secretary of State.

The announcement of the full commitment of Europeans to JCPOA and the realization of the INSTEX mechanism over the coming weeks is also another illustration of Europe's remarkable distance from the White House policy.