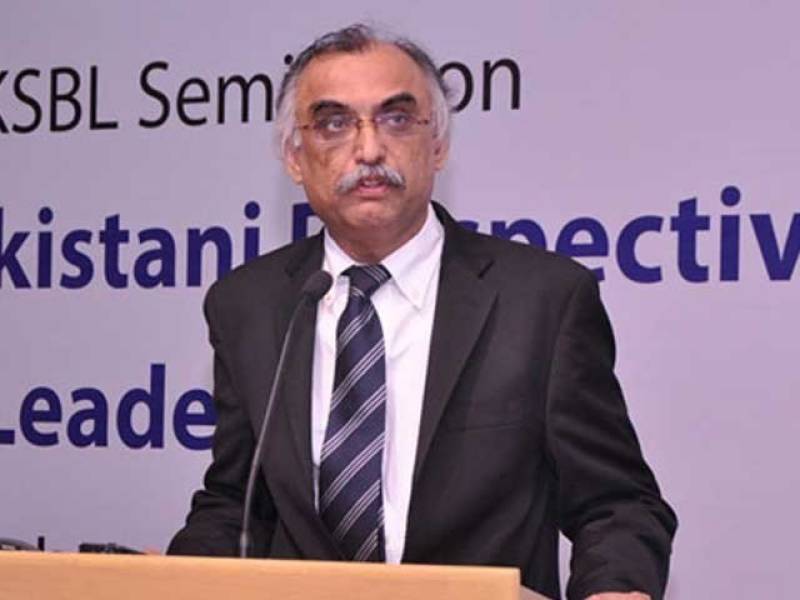 ISLAMABAD - Federal Board of Revenue (FBR) Chairman Shabbar Zaidi on Wednesday revealed that 300 major taxpayers, including corporations, pay 80 per cent of overall tax collection of the country.

He further said that individuals possessing ‘benami’ assets could be sentenced up to five years in prison.

In an interview to a private news channel, Zaidi said showing one’s assets, including his residential property, in someone else’s name was tantamount to holding ‘benami’ assets.

He revealed that 300 major taxpayers, including corporations, pay 80 per cent of overall tax collection of the country.

The FBR chief said the salaried class has 5-6 per cent share in overall tax collection. He said the FBR has set a target of more than Rs5,000 billion for revenue collection during the next fiscal year.

Speaking in the same interview, Senate Deputy Chairman Saleem Mandviwala said the recent Asset Declaration Scheme by the government was also an amnesty scheme, which would benefit the country.

“The undeclared economy would be declared under the same scheme,” he said.

It is pertinent to mention that President Arif Alvi on Wednesday signed an ordinance confirming tax amnesty for declaring undeclared assets.