Pakistan and China start operations against bureaus
16 May, 2019 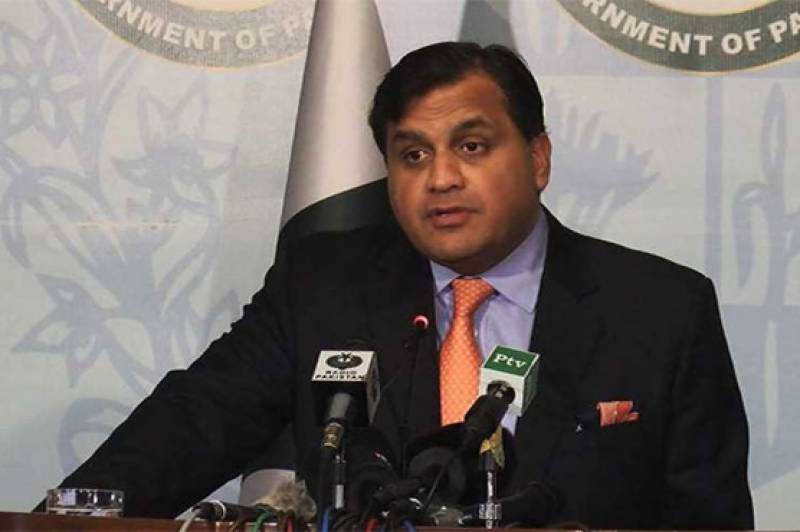 ISLAMABAD – Foreign Office on Thursday has said that Pakistan and China have started operation against bureaus involved in performing fake marriages.

During the weekly news briefing in Islamabad, FO Spokesman Dr Faisal said that the victims can contact Chinese or Pakistani embassies, adding that the action has been taken to protect the citizens of both states from criminal gangs and agents.

He further said that no clue has been found regarding organ trafficking however, Federal Investigation Agency (FIA) has been directed to submit complete report on this matter.

Commenting on the US-Iran tension, Dr Faisal said the recent developments in the Persian Gulf are disturbing. He said the US decision to deploy aircraft carrier and bombers have added to the tension and the existing precarious security situation in the Middle East.

The spokesperson warned that any miscalculated move can transmute into a large scale conflict.

Condemning the Indian atrocities in occupied Kashmir, the Spokesperson said the valley has been turned into a military camp where people are under siege facing injustice, harassment and barbarism.

Dr Muhammad Faisal said India should stop misleading international community on Kashmir dispute and accept the ground realities and aspirations of the people of Kashmir. He said India cannot crush the freedom movement through its hostilities. He also expressed concerns over illegal detention of Hurriyat leaders and demanded their release at the earliest.