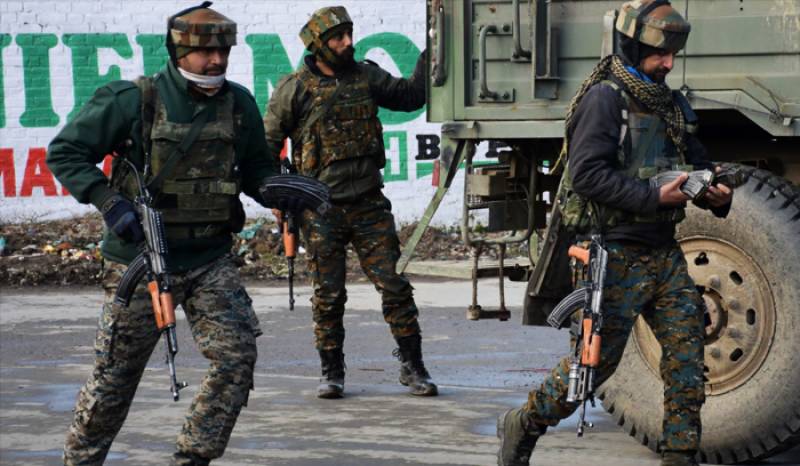 The latest killings triggered massive clashes between protesters and Indian forces in the Pulwama area. The authorities imposed curfew and suspended internet services in the district. Complete shutdown was observed in Pulwama and neighboring Shopian district against the killings.

The Joint Resistance Leadership in a statement issued in Srinagar called for complete shutdown, tomorrow, against the ongoing killing spree by Indian troops in the territory.

The JRL deplored that even in the holy month of Ramadan there was no let-up in the bloodshed.