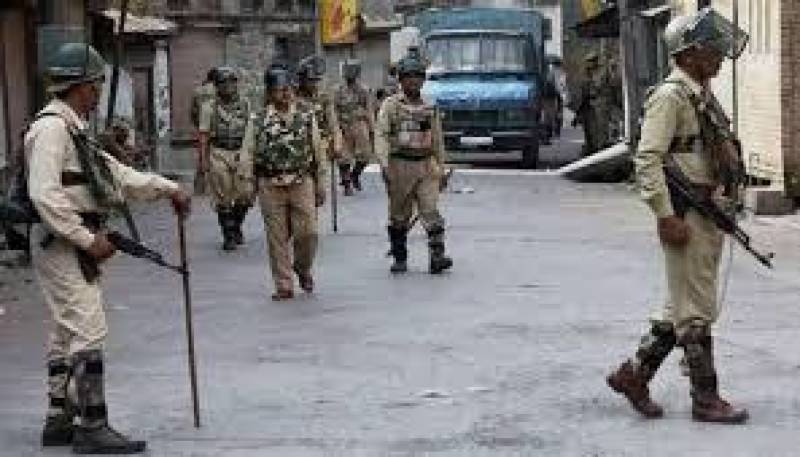 Indian troops also destroyed a residential house during a cordon and search operation in Dalipora area of Pulwama district in wee hours, today.

Similarly, another youth identified as Rayees Ahmed Dar was martyred and his brother, Younis Ahmed Dar, was injured in the firing of the troops in the area. They are believed to be the sons of the house owner. Earlier, one Indian soldier was killed and two others were critically injured in the same area. The operation was going on till last report came in.

Following the killing of the youth, massive clashes between protesters and Indian forces’ personnel were reported from the area. The occupation authorities have imposed curfew and suspended internet services in Pulwama district following the clashes. More details are awaited.

Meanwhile, a 23-year-old Arshad Ahmed Dar, who was injured in Indian forces’ violent action on 13th May at Chanabal in Pattan area of Baramulla district, succumbed to his injuries at Soura Institute of Medical Sciences in Srinagar. Arshad had multiple injuries of bullets and pellets including on his skull and both eyes, said Medical Superintendent of Soura hospital, Dr Farooq Jan.

Pro-India Peoples Democratic Party (PDP) activist, Irfan Lone, who was shot at by unidentified gunmen along with another worker at Zainapora in Shopian district last week, also succumbed to his injuries in a Srinagar hospital early morning, today.