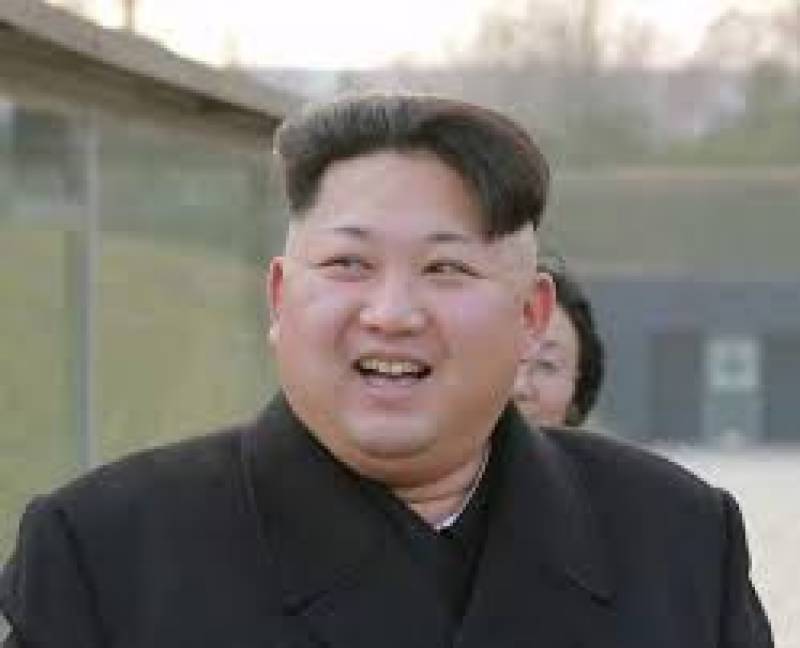 Seoul: North Korea on Wednesday called into question a much-anticipated and unprecedented summit between its leader Kim Jong Un and US President Donald Trump.

Pyongyang also cancelled high-level talks due Wednesday with Seoul over the Max Thunder joint military exercises being held between the US and the South, Seoul said.

"There is a limit to the amount of good will and chances we can give," the North's official news agency KCNA said.

The drills between the two allies' air forces were a rehearsal for invasion and a provocation at a time when inter-Korean relations were warming, it added.

The US will "have to undertake careful deliberations about the fate of the planned North Korea-US summit in light of this provocative military ruckus", it said.

Washington said it will continue to plan the meeting in Singapore on June 12, with State Department spokeswoman Heather Nauert telling reporters it had received "no notification" of a position change by North Korea.

The language used by KCNA is a sudden and dramatic return to the rhetoric of the past from Pyongyang, which has long argued that it needs nuclear weapons to defend itself against the US.

Hostilities in the 1950-53 Korean War stopped with a ceasefire, leaving the two halves of the peninsula divided by the Demilitarized Zone (DMZ) and still technically at war.

At a dramatic summit last month in Panmunjom, the truce village in the DMZ, Kim and the South's President Moon Jae-in pledged to pursue a peace treaty to formally end the conflict, and reaffirmed their commitment to denuclearising the Korean peninsula.

But the phrase is open to interpretation on both sides and the North has spent decades developing its atomic arsenal, culminating last year in its sixth nuclear test -- by far its biggest to date -- and the launch of missiles capable of reaching the US.

The drive has seen it subjected to multiple rounds of UN Security Council resolutions, while Trump threatened it with "fire and fury" as he and Kim traded personal insults and threats of war last year.

Then relations underwent a sudden and dramatic turnaround as Moon seized the opportunity presented by February's Winter Olympics in the South to broker talks between Washington and Seoul.

In a dizzying array of diplomatic steps, the biggest so far was his meeting with Kim in the DMZ last month.

The Trump-Kim summit is due in Singapore on June 12, with Washington demanding the North give up its weapons in a complete, verifiable and irreversible way.

High-level talks were meant to take place in the DMZ Wednesday to discuss follow-up measures to the Panmunjom summit.

But KCNA called the Max Thunder drills a "flagrant challenge to the Panmunjom Declaration" taking place before the "ink on the declaration had a chance to dry".

In a statement Seoul's unification ministry, which handles relations with the North, said it had received a message "in the name of chief delegate Ri Son Gwon that they were postponing the high-level talks indefinitely".

South Korea and the US are security allies, each pledged to come to the aid of the other if attacked, and Washington has nearly 30,000 troops stationed in the South to defend it against its neighbour, which invaded in 1950.

The two-week Max Thunder exercise started last Friday and involves some 100 aircraft from the two allies, including F-22 stealth fighter jets, B-52 bombers and other fighters.

"We have not heard anything from (the North Korean) government ... to indicate we would not continue conducting these exercises or would not continue planning for our meeting between President Trump and Kim Jong Un next month," State Department spokeswoman Nauert said Tuesday.

Washington has often deployed its military hardware in shows of strength to put pressure on Pyongyang -- last year it sent three of its aircraft carriers to the waters off the peninsula simultaneously.

The North has consistently condemned military drills as preparations for invasion, and in the past has often responded with actions and provocations of its own in a cycle of events.

The major Key Resolve and Foal Eagle exercises, usually around March, have often sent tensions on the peninsula soaring.

But in this year's diplomatic rapprochement, the allies delayed those drills until after the Olympics and Paralympics in Pyeongchang as Moon sought to secure the North's participation at the Games.

In turn, envoys from Seoul said Kim told them he would "understand" if the exercises went ahead.

In the event the drills did take place and there was none of the usual rhetoric from the North.

Pyongyang has dramatically toned down its condemnations of its enemies in recent months.

But it has a long history of switching from aggression to engagement, or vice versa.

The day after the Panmunjom summit, KCNA condemned a US exercise to train for the evacuation of its nationals from the South, calling it "an act aimed to make war a fait accompli and incite atmosphere for it". APP/AFP