KP people to give mandate to PMLN in general elections: hopes Muqam
16 May, 2018 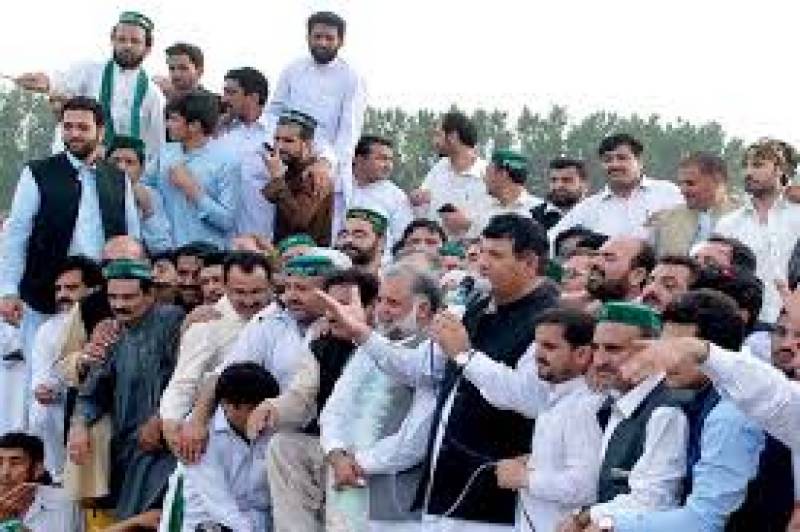 Pakhtunkhwa would give overwhelming mandate to PMLN in upcoming general elections.

Addressing a huge public gathering in Batagram, he said that KP people have realized that they cannot afford any experiment in the name of change and cannot be cheated anymore.

He said that PMLN would usher a new era of development and prosperity in the province if elected to power in the next general elections, adding that CPEC would bring a revolutionary economic change in KP.

Muqam said that PMLN would provide all basic necessities to people at their doorstep and he would ensure electricity supply from Battagram to the mountains of Allai.

He expressed gratitude to the people of Battagram for always supporting him and said that he did not leave the people in any situation even in 2005 earthquake or other natural calamities.

He said that despite suicide attack on him in Battagram in past the people gathered to attend his address which was a matter of pride for him and evident of the fact that people want change in KP and would support him in general elections.

On the occasion President PMLN Shahbaz Sharif who could not visit Battagram due to bad weather condition addressed the people on telephone and expressed gratitude for their presence in great number.

He said his heart beats with the hearts of people of Battagram and said Amir Muqam would fulfill all his promises to be made with the people.

Deputy Speaker National Assembly Murtaza Javed Abbasi on the occasion said that PMLN was united in the province under the leadership of Amir Muqama and PMLN leadership and people of KP wanted to see Amir Muqam as next Chief Minister of the province.

MPA Nawabzada Wali Muhammad Khan said that people of Battagaram have pledged to support PMLN in the general elections by showing their presence for Amir Muqam and hoped that PMLN would win public mandate in the polls. APP/AFP