PM Nawaz Sharif speech at the World Leaders Roundtable Summit in China
16 May, 2017 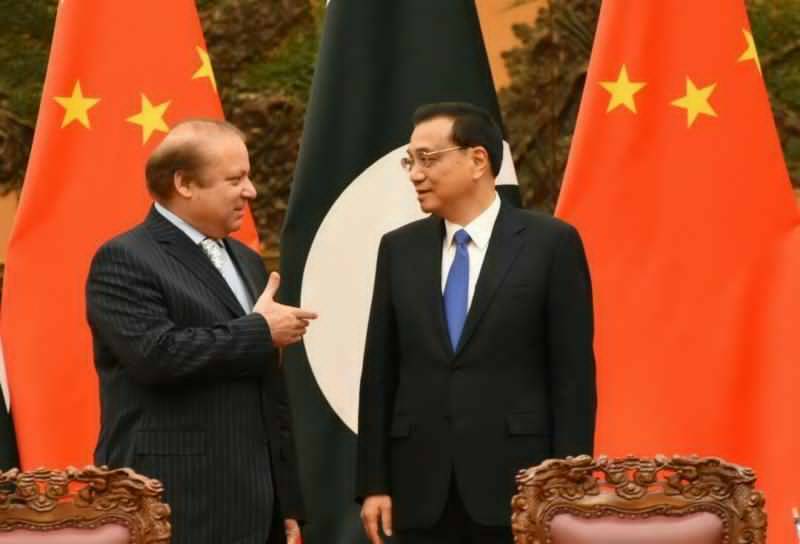 BEIJING - Prime Minister Nawaz Sharif on Monday stressed dialogue and communication with nations outside the ‘One Belt-One Road’ routes as necessary to dispel apprehensions.

Addressing the Leaders’ Roundtable on Policy Synergy in Beijing, he called for expanding consensus for OBOR, enhancing cooperation in development and implementation as well as preparing a blueprint and roadmap for long-term cooperation.

The prime minister said, “Leaders’ Roundtable on Policy Synergy was an opportunity to explore ways to enhance collaboration under the banner of the OBOR initiative, deepen cooperation, and review the progress we have made so far.”

He described it as an important factor as the “very nature of OBOR requires synergetic endeavour, constant appraisal, and closely coordinated policies.”

The prime minister said, “It is imperative that we appreciate the ‘Belt and Road’ initiative in its proper perspective of interconnected development. It is now turning into the centre of gravity for half of the world’s economies – in Asia, in Africa and in Europe.”

He pointed out that, “The initiative is firmly supported by the Asian Infrastructure Investment Bank and the Silk Road Fund. UN Bodies and regional organisations have embraced it, as multiple projects under the ‘One Belt-One Road’ have complementarity.”

He emphasised on policy synergy at the level of international bodies and mentioned that several national planning bodies, the UN, international conferences and regional organisations had developed plans and initiatives on global issues and established partnerships with OBOR.

“Most importantly, the Bretton Woods institutions and the Asian Infrastructure Investment Bank should deepen their cooperation in knowledge-sharing, development financing and country-level coordination through cohesive institutional interaction,” he said.

Nawaz Sharif said, “The world’s economy was showing the first signs of improvement and there were credible forecasts that global trade and commerce would strengthen. However, it was not known how long this recovery would last because of its many vulnerabilities.”

He said, “The two main trends competing in the global economy were advocacy for protectionism; and an increasing call for greater economic collaboration for sustainable development.”

He said, “As part of the same initiative under the China-Pakistan Economic Corridor (CPEC) banner, we have made phenomenal progress in a short span of time through active participation in the areas of infrastructure, energy, industrial zones and telecommunications.

“We applaud China for taking this historic initiative, which now has the complete ownership of all participating countries,” he added.

However, he said, “Four areas require more focus. First, overall progress should be reviewed as we all stand to benefit from early harvest projects. Second, we need more synergy in our development strategies both at the regional and international levels.”

“Third, this initiative must continue to deliver win-win outcomes,” he said adding that, “All should win, all should succeed.”

“Four, we should build on the solid foundations of One Belt One Road to make it a living, growing and organic partnership,” the prime minister said.

The prime minister said, “We are all concerned about the existing and emerging threats of terrorism, refugee movements, mass migration, food security and water shortages.” However, he expressed the confidence that, “With OBOR in place, we would be able to turn the tide of these threats.”

Speaking in the second session of the roundtable on Connectivity Cooperation for Interconnected Development as part of the Forum, the prime minister said that OBOR and CPEC were all about shared prosperity, beginning a new era for humanity and vowing progress and prosperity in the poor regions.

He said the core of the OBOR initiative was connectivity and long-term development, especially in developing countries.

He apprised the gathering that OBOR was in fact the beginning of a new era for humanity, which has brought to poor regions in the belt-road countries, spectacular opportunities to break free from the vicious cycle of poverty and under-development.

Prime Minister Nawaz Sharif said the railroads, highways, ports and airports that were being built were redefining economic landscapes within countries and regions.

He said Pakistan was pursuing a vision of a peaceful, inter-connected and prosperous neighbourhood with great determination.

“In particular, we recognise the potential of digital technologies as a catalyst of connectivity, change and enablement. We have relentlessly pursued policies for digital and financial inclusion during the last four years,” he said.

While doing this, Nawaz Sharif said Pakistan had particularly focused on the most disadvantaged segments of its population. Rapid digitalisation and next generation connectivity were at the heart of his government’s agenda for transforming into a knowledge-based economy.

PM Sharif said the enhanced economic cooperation would benefit the present and future generations and reduce regional tensions and strife. “We believe in a shared, inclusive, and “win-win” development”.

Building CPEC together, both Pakistan and China were reaping the early benefits of interconnected development.

He said the connection of Xinjiang to Gwadar and Karachi created new supply and logistic chains, as well as manufacturing networks. In fact, CPEC has infused Pakistan’s economy with new vitality and dynamism, he maintained.

He said Gwadar Port would link up East, West and South Asia besides reaching out to African and European markets.

Progress on the port is swift, and very soon Gwadar will develop into an inspired, organic, and dynamic city full of great opportunities, the prime minister added.