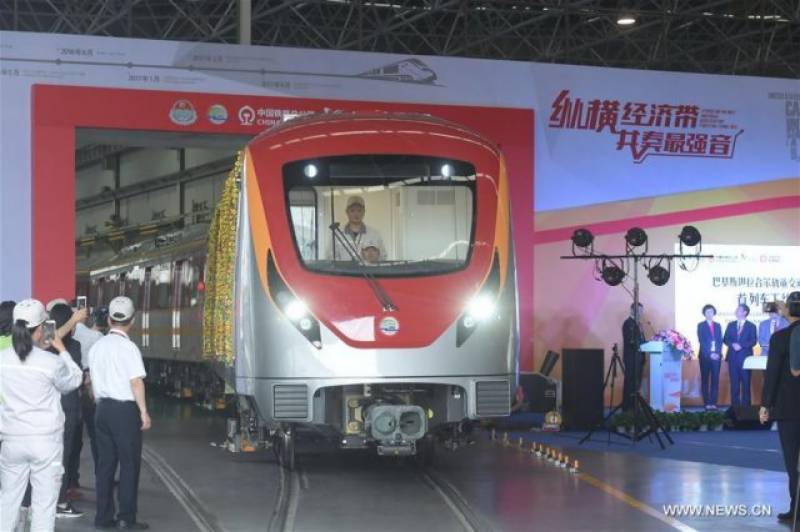 HUNAN: The first of the 27 subway trains made by Chinese manufacturers for the Orange Line Project rolled off production on Monday. From the looks of it, the subway train equipped with added features, will be a welcome addition to Pakistan’s railway network.

The train, which rolled off production in China’s Hunan province, offers a glimpse into what the other trains for the Orange Line project in Lahore would be like. The train has been manufactured by CRRC Zhuzhou Locomotive Co., Ltd., and consists of five coaches.

“An energy-saving air-conditioning system suitable for the constant high summer temperature and unstable voltage in Pakistan is the showpiece of the design, according to a corporation engineer,” according to the Xinhua News Agency.

The designed maximum operational speed of the train is 80 kilometers per hour while the heat resistant bogies increase the durability of the train.

Though produced by a Chinese manufacturer, the design has a bit of Pakistan to it–it features Pakistan’s flower as well as the dome of Pakistan’s famous Badshahi Mosque.

This train will be available to Pakistan in July of this year and will be followed by 26 others next year.