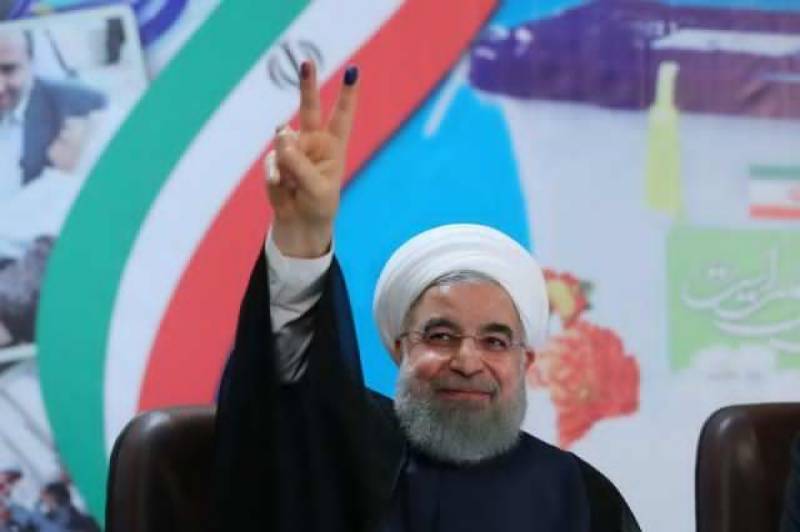 Iranians vote for president on Friday in a contest likely to determine whether Tehran's re-engagement with the world stalls or quickens, although whatever the outcome no change is expected to its revolutionary system of conservative clerical rule.

Seeking a second term, pragmatist President Hassan Rouhani, 68, remains the narrow favorite, but hardline rivals have hammered him over his failure to boost an economy weakened by decades of sanctions.

Many Iranians feel a 2015 agreement he championed with major powers to lift sanctions in return for curbing Iran's nuclear program has failed to produce the jobs, growth and foreign investment he said would follow.

The normally mild-mannered cleric is trying to hold on to office by firing up reformist voters who want less confrontation abroad and more social and economic freedom at home.

In recent days he has adopted robust rhetoric, pushing at the boundaries of what is permitted in Iran. He has accused his conservative opponents of abusing human rights, misusing religious authority to gain power and representing the economic interests of the security forces.

Rouhani's strongest challenger is hardline cleric Ebrahim Raisi, 56, who says Iran does not need foreign help and promises a revival of the values of the 1979 Islamic Revolution.

Under Iran's system, the powers of the elected president are circumscribed by those of the conservative supreme leader, Ayatollah Ali Khamenei, who has been in power since 1989. All candidates must be vetted by a hardline body.

Nevertheless, elections are fiercely contested and can bring about change within the system of rule overseen by Shi'ite Muslim clerics.