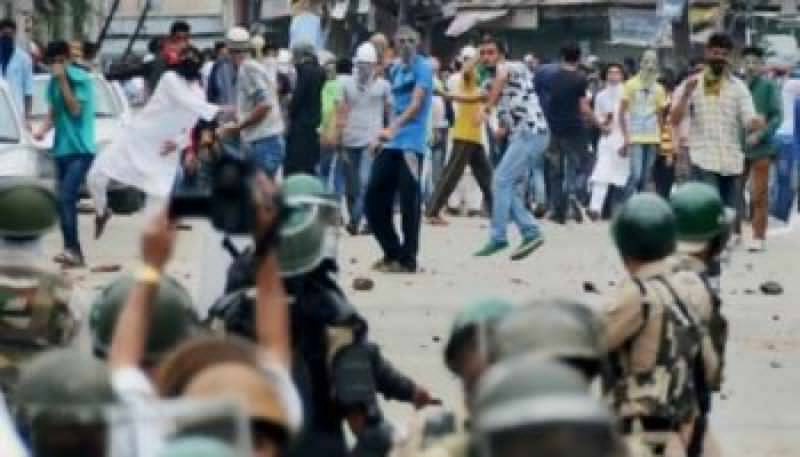 In Occupied Kashmir, several people including women were injured after Indian forces used brute force on protesters in Kulgam and Pattan areas on Tuesday.

Indian troops fired bullets on women who were protesting against Indian forces’ brutalities and thrashing of civilians during crackdown operation in Okay area of Kulgam.

On the other hand, Indian forces fired teargas shells on protesting students of a school in Pattan.