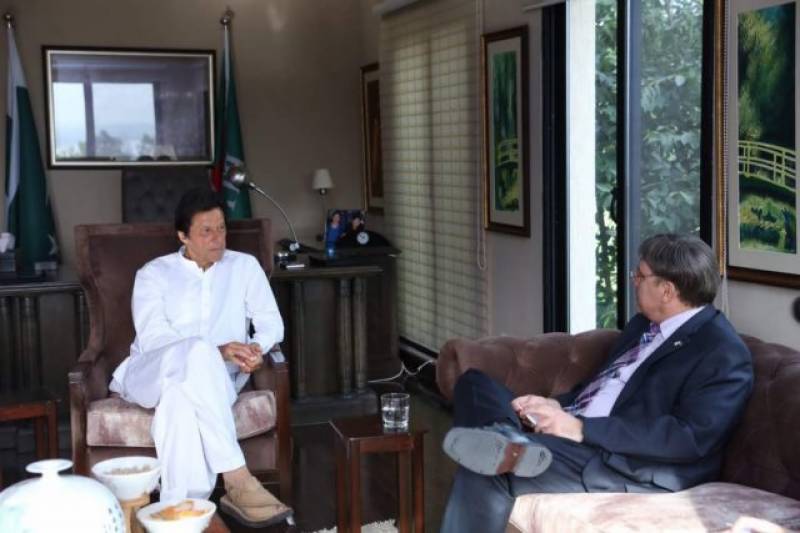 ISLAMABAD: Chairman Pakistan Tehreek e Insaaf Imran Khan is gradually opening up in order to remove the oft quoted remarks of solo flight and isolation associated with him by the other political parties of Pakistan.

Imran Khan was today called on by the Canadian High Commissioner to Pakistan Perry John Calderwood.

Imran Khan first thanked Canada for assistance in a number of fields both bilaterally and through multi lateral forums. He also expressed satisfaction at the friendly relations between the two countries, said a press release.

In a wide ranging discussion on a number of issues, Imran Khan stressed the importance of fair and free elections for sustainable democracy in Pakistan.

Discussing challenges faced by Pakistan, Imran Khan pointed out that operation Zarb-e-Azb and now Rad-ul-Fasaad launched by the country’s armed forces had improved matters considerably but there were still many challenges ahead.

Imran Khan informed the High Commissioner about revamping the police in Khyber Pakhtunkhwa.