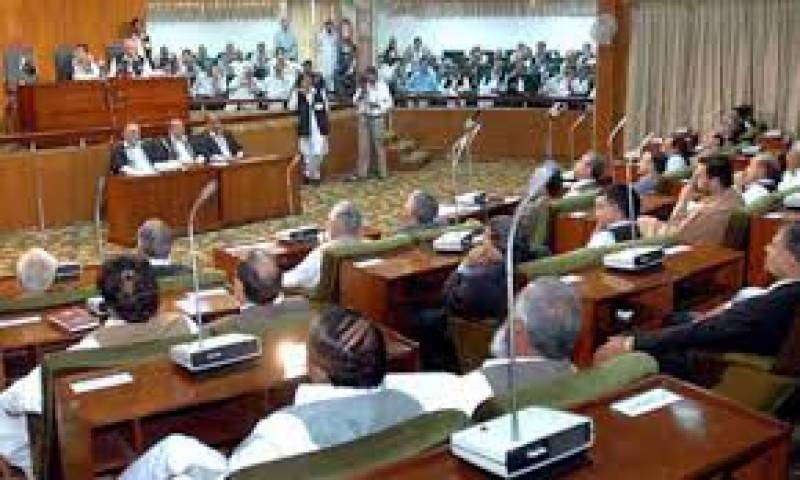 ISLAMABAD-MIRPUR, Azad Jammu Kashmir cabinet has categorically and unanimously disagreed to the draft of the proposed amendment in the Interim Constitution of Azad Jammu Kashmir - 1974, it was officially announced by AJK government.

“An Extraordinary meeting of the Azad Jammu and Kashmir cabinet held  in the State metropolis on Wednesday with Prime Minister Raja Muhammad Farooq Haider Khan in the chair, reviewed,  in detail,  the draft of the proposed constitutional amendment , sent on 22nd of June, this year,  by the federal ministries of Law and Kashmir affairs & Gilgit/Baltistan of the Government of Pakistan”, says an official handout issued by the Press Information Department  (PID) of AJK government on Thursday.

The AJK cabinet  categorically declared that constitutional matters related  to Azad Jammu Kashmir could be discussed and settled only through mutual consultations at highest level under the spirit of Article 257 of the constitution of Pakistan.

Categorically rejecting the draft of the proposed constitutional amendment, the cabinet declared not to be fully agreed unanimously to the proposals for amendment in the interim constitution of AJK under the much-publicized ‘14th amendment’.

“The Cabinet did not fully agree with the amendment proposed by the federal ministry of Kashmir Affairs and Law”, the State handout said.

“The AJK cabinet  is of the unanimous view that the ideological relationship of  the people of Jammu & Kashmir with Pakistan is the manifestation of the everlasting aspirations of the Kashmiri people enriched with everlasting deep rooted love and affection with the country”, the cabinet meeting declared adding  “this high spirit and approach is not the property of any individual, any party or the government but is the collective property of the people of Jammu & Kashmir living both sides of the line of control in the State and this ever-lasting and commitment is fully reflective in line with the vision of Quaid-e-Azam Muhammad Ali Jinnah.

The Cabinet expressed its grave concern over the increased human rights violations by  India in occupied Jammu and Kashmir and nefarious move to change the demography of the Muslim-majority disputed held state to fulfill its ulterior motives denying all international norms and commitments including the UN resolutions on Kashmir issue.

Lambasting New Delhi over her  August 05 last year sinister act scrapping special status of the internationally-acknowledged disputed Himalayan State, the AJK cabinet stated that the step taken by the India on August 05, last year,  was absolutely contrary to the UN Security Council's resolutions on Jammu & Kashmir issued besides  totally against the aspirations of the Kashmiri people.

The Cabinet further stated that in order to secure  its nefarious goals, India had taken unlawful steps to change the demography of the Muslim-majority disputed occupied Kashmir state.

It may be mentioned here that the draft for constitutional amendment was inked and  sent by the ministries of law and justice and Kashmir affairs and GB to AJK government under the title of “14th Amendment draft, according to the official sources.

It is also pertinent to mention here that the article 257 of the Constitution of Pakistan is the only provision which mention the future relationship of entire Jammu & Kashmir State with Pakistan in accordance with the wishes and aspirations of the people of Jammu & Kashmir.