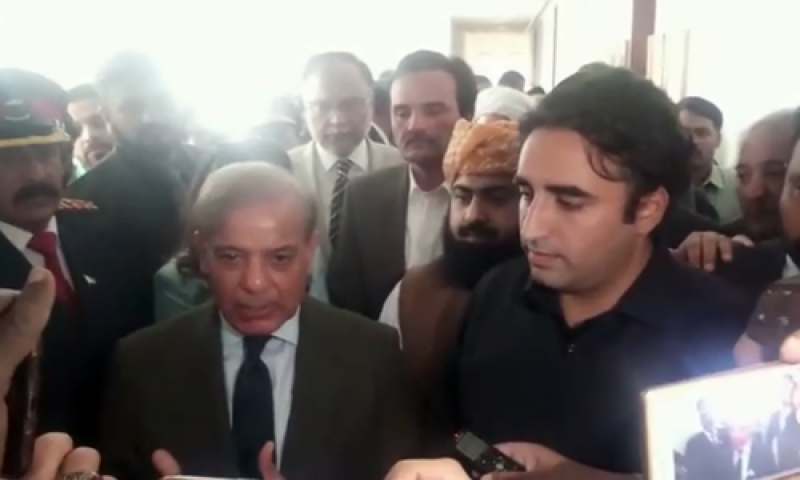 The Opposition parties have decided to form a committee to devise a joint course of action on important national matters.

The decision was taken at a meeting of opposition leaders hosted by Leader of Opposition in the National Assembly Shahbaz Sharif over lunch in his chamber at Parliament House, Islamabad on Tuesday.

According to the statement issued after the meeting, the committee will have representation from all the opposition parties.

The participants of the meeting voiced concerns over increase in the tariffs of power and gas and hike in the prices of essential commodities including medicines.

They strongly criticized economic policies of the government including the devaluation of currency.

The opposition parties also rejected the government's move to present a mini budget. They said it will only add to the problems of the common man.

The opposition parties decided to stay united for the protection of the democratic, economic and human rights of the people.

On the special invitiation of the opposition parties, the meeting was also attended by BNP's Agha Hassan Baloch and Haji Hashim.